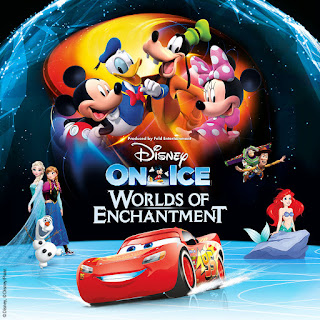 This weekend I'm so excited to be taking Bert to his first ever Disney on Ice experience. He absolutely loves the theatre/live shows and he's a HUGE Disney fan (as am I!) - so this is going to be a winning combination for sure. I love taking him on little Mummy & Bert dates, we don't get a huge amount of time together just the two of us since Connie came along, so I'm excited to take him somewhere special for a treat.

I have the fondest memories of my Nan taking me to a Disney on Ice show when I was a little girl and I remember it being so magical. So I'm mega-chuffed that Bert's now at the age where I can take him, and re-live the magic from my childhood.

So, this Sunday 22nd April we're heading to Nottingham's Motorpoint Arena by train (Bert LOVES a train ride) and I can't wait to share our adventure with you. We'll be reviewing the show here on the blog in more detail next week, but we'll do some Insta-stories on the day too, so make sure you're following us over there @lucybishop2012 as well.

Here's a little about the show, there are still tickets available and more tour dates across the country for those who would like to go along.

Rev up for non-stop fun with four of your favourite Disney stories when Disney On Ice presents Worlds of Enchantment comes to Nottingham’s Motorpoint Arena from the 18th April until 22nd April 2018.

This action-packed ice spectacular showcases beloved characters from Disney•Pixar’s Cars, Toy Story 3, Disney’s The Little Mermaid and the Academy Award®-winning Frozen. Plus, don’t miss the chance to warm up alongsideDisney On Ice stars at the Fit to Dance pre-show!

Get ready to enter a dazzling world of Disney magic, live on ice where Lightning McQueen, Mater and the crew of DisneyPixar’s Cars perform high-speed stunts and race across the ice like you’ve never seen before! 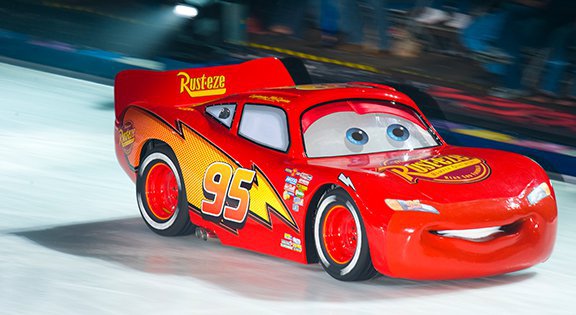 Be amazed and join Ariel as she dives into the underwater kingdom of Disney’s The Little Mermaid.

Buzz Lightyear, Woody, Jessie and other favorites from the Toy Storygang as they try and escapefrom Sunnyside Daycare in one of their most daring adventure ever from DisneyPixar’s Toy Story 3 – proving that the toys are back in town!

Then enter the wintery world of Arendelle with sisters Anna and Elsa from the BAFTA and Academy Award® winning and number one animated feature film of all time, Disney’s Frozen. Join Anna as she embarks on an epic journey with the hilarious snowman Olaf and rugged mountain-man Kristoff to find her sister, the magical Elsa, whose icy powers have trapped the kingdom of Arendelle in eternal winter.

Even before this magical journey begins, Disney fans will get moving and shaking alongside Disney On Ice stars during the new, high-energy Fit To Dance pre-show to get the crowd fit and active whilst having fun!

“Worlds of Enchantment connects classic and new Disney stories,” says Producer Kenneth Feld. “Audiences will be blown away in Radiator Springs when they encounter the unforgettable crew of animated cars, built to scale and live on ice. They will see their all-time favorites like The Little Mermaid and discover world of Arendelle with Frozen.”
From wheels to waves, icy wonderlands to infinity and beyond, see some of your family’s favoriteDisney moments come to life in Disney On Ice presents Worlds of Enchantment!

Disney On Ice presents Worlds of Enchantment will be skating into Glasgow, Leeds, Birmingham, London, Liverpool, Nottingham, Cardiff and Aberdeen from the 15th March to 6th May 2018.

We have been given complimentary tickets to Disney on Ice in return for this post and our honest review of the show, which will go live next week.
Posted by Lucy Bishop at 13:12