Show me a toddler who doesn't just LOVE CBeebies - I'm not ashamed to say that Bert is mildly obsessed with this tv channel and have so many 'favourite' programmes that I've lost count.

When the people at Abbey Home Media sent us a copy of their latest DVD collection featuring over 2 hours of CBeebies episodes, I don't know who was more pleased...!

Bert has been watching it daily since it arrived and literally plays in the living room among his toy carnage for the full two hours...only needing my attention to tell me how much he loves (insert name of each programme/character) and that they are his favourite - he's so fickle!

Still...if it means Mummy can get her work done in relative peace... 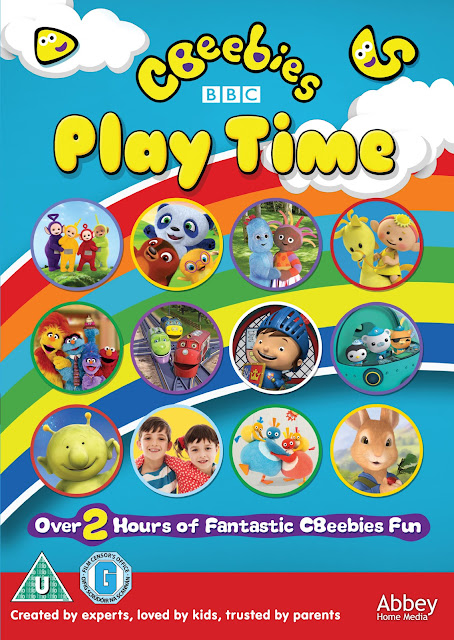 In this fab DVD collection you can join the stars of children’s broadcaster CBeebies for over 2 hours of fun-filled entertainment in CBeebies Play Time, released by Abbey Home Media.

Fans of CBeebies will love this unique collection of some of the very best of children’s television which features:

The collection also features the first episode to appear on DVD of the brand new version of TeletubbiesTM, which premiered on CBeebies in 2015.

This special DVD collection CBeebies Play Time is a great way of entertaining young children with its familiar, well-loved characters and diverse range of fun and engaging programming.

The collection features the following episodes:-

Teletubbies – Join Tinky Winky, Dipsy, Laa-Laa and Po as they exploreHome Dome and the magical countryside of Teletubbyland through play.  In New Toy the children in Tummy Tales play a game of pass the parcel and win a surprise toy, while the Dup Dup delivers toys for the Teletubbies to play with. Even Noo-Noo enjoys a new treat!

Twirlywoos - Twirlywoos come from far away, seeking adventure wherever they go. Join Great BigHoo, Toodloo, Chickedy and Chick for their adventures on The Big Red Boat. In Coming and Going, The Twirlywoos watch a man as he runs a bath. They want to leave their hiding place to investigate, but the man keeps coming back! This episode is linked to the going back and forth schema (a schema is the patterns children follow to develop their own ideas).

In The Night Garden - Share in the magical Night Garden world with Igglepiggle, Upsy Daisy, Makka Pakka and friends. In Look At What The Ball Did, the ball bounces all over the garden. It accidentally knocks over Makka Pakka's pile of stones, so Makka Pakka rebuilds it and tries to protect it.

Peter Rabbit - Beatrix Potter’s wonderful stories have charmed and entertained children for generations. Now fans can enjoy the brand new adventures of her timeless children’s classic Peter Rabbit from the new animated series. In The One That Got Away, when Peter and his friends encounter the legendary “Jack Sharp”, a large trout that even Peter's father failed to catch, they try to reel the fish in once and for all. But catching a fish is a lot harder than it looks…

Topsy and Tim - Inspired by the books by Jean and Gareth Adamson, Topsy and Tim, is a live action drama inspired by the small stuff in little people’s lives. In New Pet Topsy and Tim love caring for their new pet rabbit but struggle to agree on his name. When they notice how wiggly his nose is, they know just what to call him!

Mike the Knight - Mike is an energetic, cheeky yet bountiful young knight-in-training, driven by his passion to help others and, along the way, be the best knight he can be. In Hidden Garden Games when Mike, Evie and the Queen have a competition in the Hidden Garden, Mike learns that it's good to let everyone have a turn to play... and it's even better when everyone plays together!

The Furchester Hotel - The Furchester Hotel is an ‘almost’ world-class hotel run by a close-knit family of cheerfully chaotic monsters. The series introduces brand new characters and also welcomes the beloved Elmo and Cookie Monster from Sesame Street. In Furchester on Wheels Funella overhears the tortoise guests say thehotelservice is slow, slow, slow. She is determined to make it fast, fast, fast.

Octonauts - Join Captain Barnacles and crew on their animated underwater adventures. In Mimic Octopus Peso is gathering red algae to cure the sick vegimals but needs the help of a Mimic Octopus to scare off a Moray eel, who uses its striped tentacles to pretend to be a group of poisonous sea snakes.
Q Pootle 5 – Join Pootle and his friends on the planet Okidoki. Pootle and Oopsy travel to a distant special crater, which produces enormous bubbles. They have a great time until a large bubble envelops Pootle’s spaceship and floats off with it. Now Pootle and Oopsy are stranded on the other side of Okidoki unless they can think of a way of getting home…

Ruff- Ruff, Tweet & Dave – Join in the fun with Hatty,Ruff-Ruff,Tweet and Daveas they go on magical adventures. In A Birthday Party Adventure Ruff-Ruff, Tweet and Dave celebrate Hatty's birthday by playing all of his favourite party games. They also find him a surprise birthday gift along the way.
Chuggington - Take to the rails with the Chuggineers. In Koko’s Puppy Training Koko Koko finds a lost puppy and wants to keep it, but she realises a little girl is looking for the puppy and decides that she needs to take him home.

Cloudbabies - Who looks after the sky? The Cloudbabies do! In Rain Rain Rain
the rain has kept the Cloudbabies inside today and Bobo White is bored. Baba Yellow suggests they play a game of 'Favourite Things'

Join all your favourite characters for over 2 hours of fantastic fun! 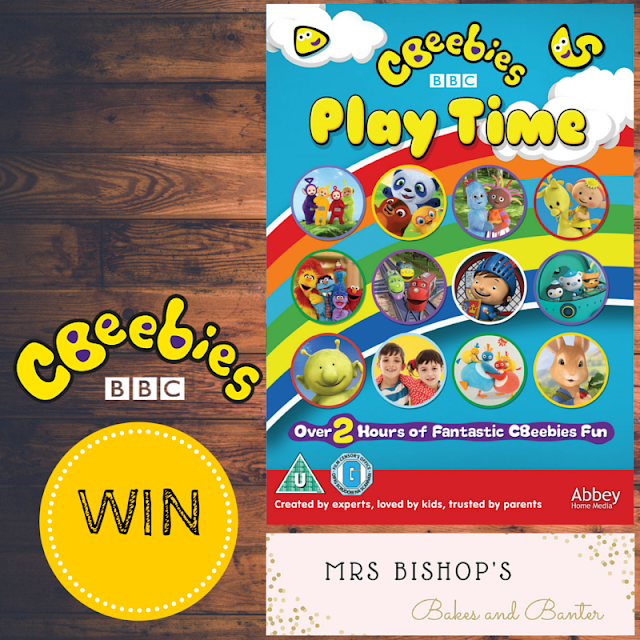 If you'd like to be in with the chance of winning your own copy of this fab DVD collection then use the Gleam app below to enter.