On Saturday we ventured down the road to Milton Keynes to attend a special Character Breakfast at 360 Play. 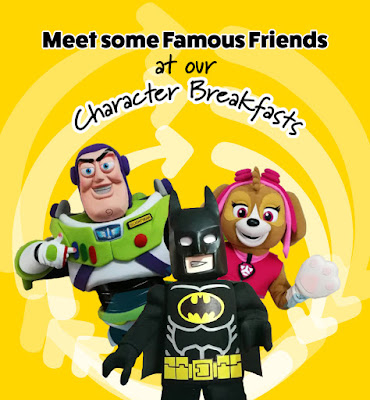 360 Play is an amazing brand of soft play centres filled to bursting with brilliant play facilities for children of all ages. They currently have centres in Basildon, Farnborough, Leicester, Milton Keynes, Redditch, Rushden Lakes and Stevenage.

The play facilities at our local 360 Play (Milton Keynes) includes a huge soft play frame, musical carousel, a toddler zone for under 4s, 360 Street (a creative play/toddler village zone), dodgems, messy play area and even an outdoor play area which includes climbing, paddle boats, a huge sandpit and outdoor seating area. They also have a brilliant cafe so adults can grab a drink/food/snacks while the kids play - perfect!

We were kindly invited along to review their Character Breakfast event - where you're treated to a buffet breakfast, meeting some brilliant characters plus a long play session for the kids!

We arrived at 9am and were greeted by the lovely staff and the two 360 Play mascots called Twizzle and Twirl. Both Bert and Connie were so excited to meet the characters, and they loved eating breakfast among the super friendly and fun mascots.
Our table was laid out all ready for us, and after just a few minutes the breakfast buffet was open for us all to help ourselves. There were about six or seven other families at the Character Breakfast, so we didn't have to queue for vey long at all to get our food.

We could choose from: 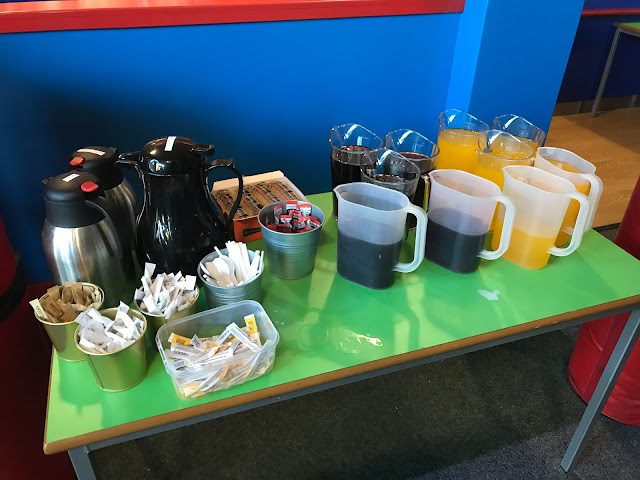 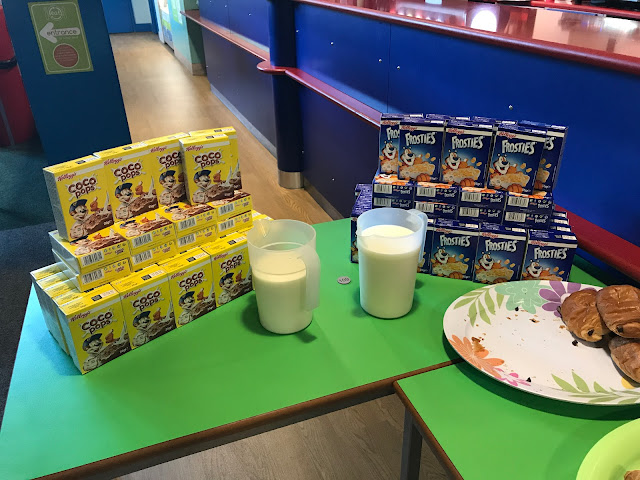 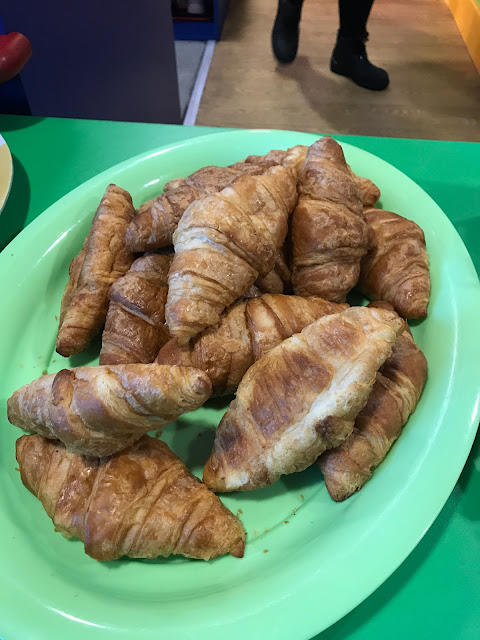 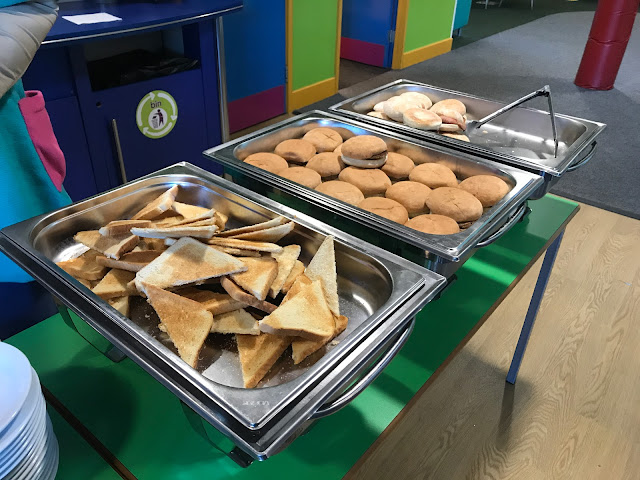 The food was delicious and there was plenty of it - allowing anyone to go back for seconds, or even thirds! The kids ate loads, and were thrilled when Twizzle and Twirl served them their breakfast rolls.
Just after we had eaten we were joined by two more amazing characters - Skye from Paw Patrol and Lego Batman!! There was plenty of time for the kids to pose for photos with the characters, which they loved. It just added a really extra-special edge to the breakfast and added even more incentive to take the kids along to a soft play session.
Then ensued a mammoth play session where-in I lost Liam and the kids for about 1.5 hours! Unfortunately, I have a really bad back at the moment and couldn't join them on the soft play frame, but it was clear to see they had tons of fun - and naturally didn't want to go home when the time came. 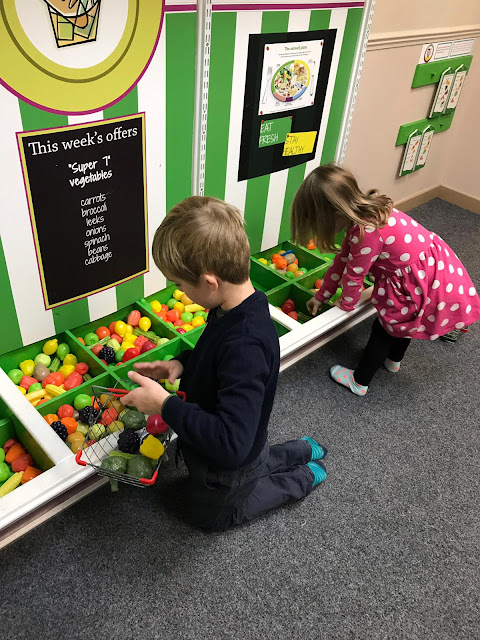 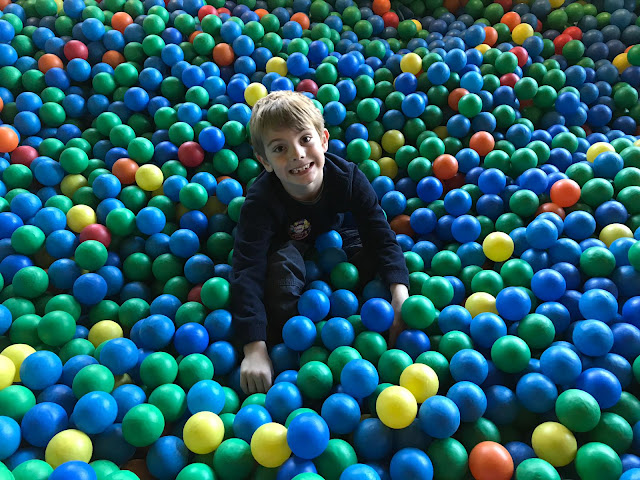 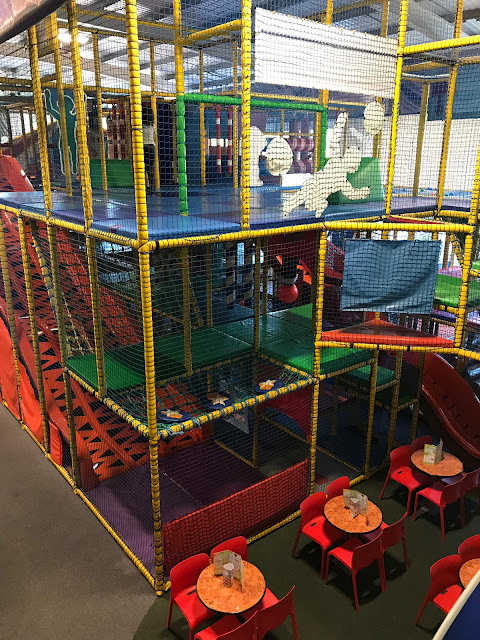 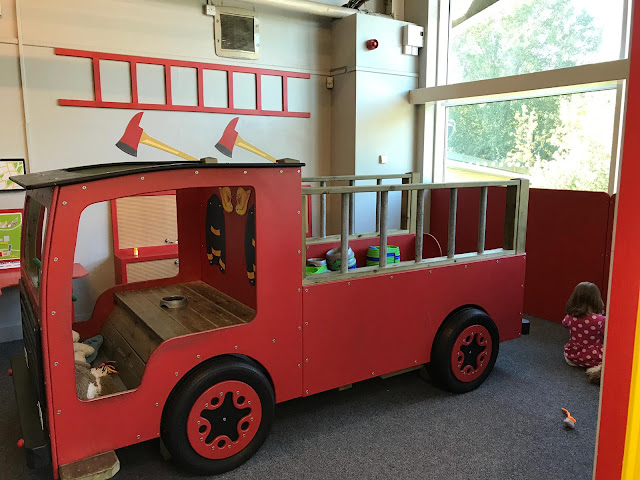 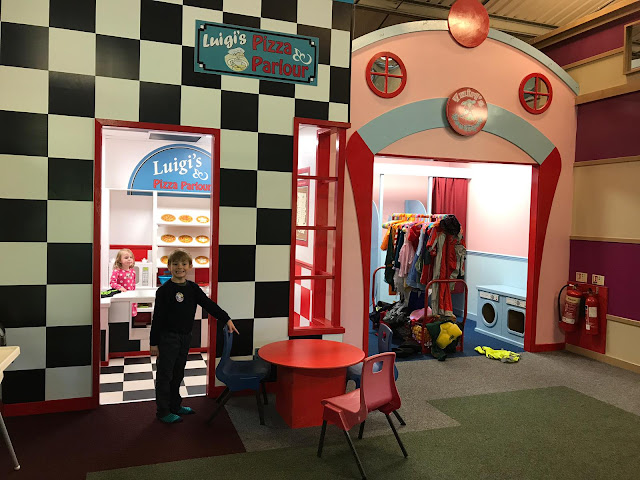 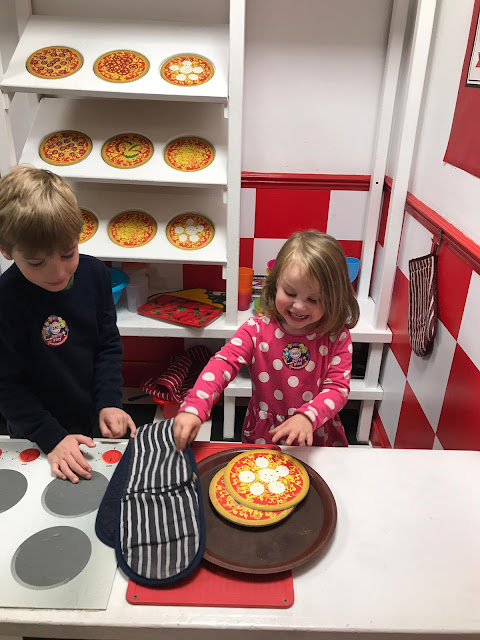 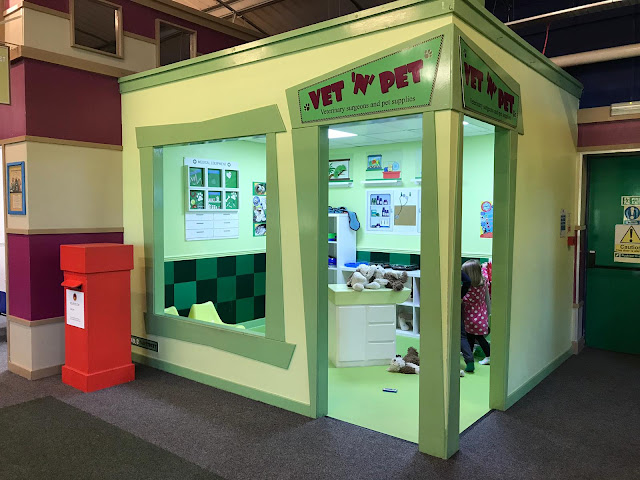 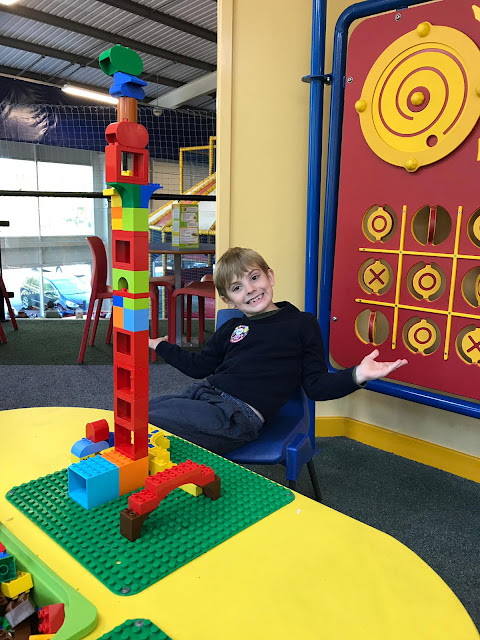 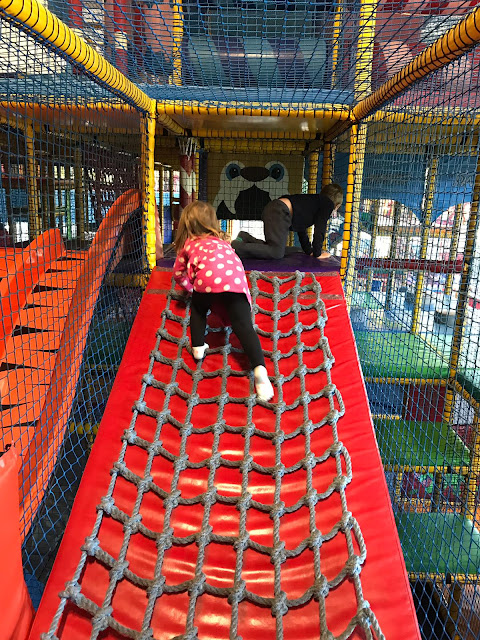 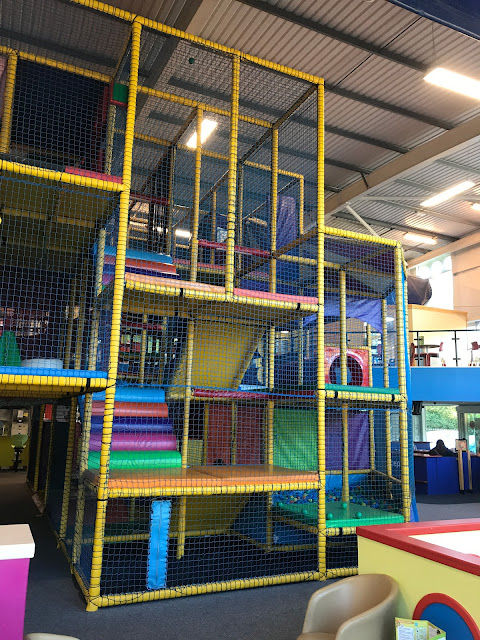 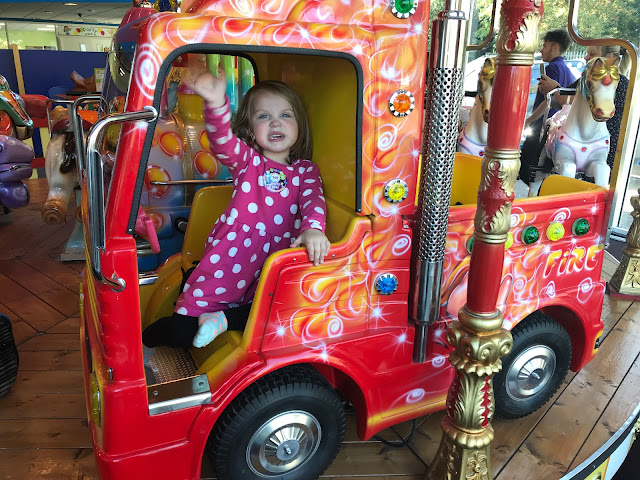 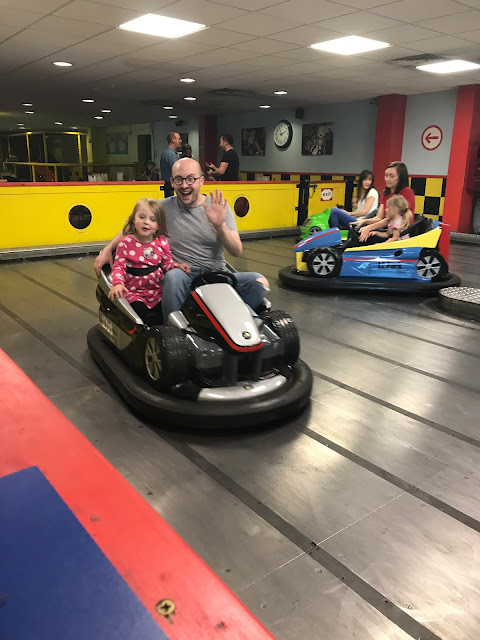 As you can see from the pictures, there really is so much fun to be had at 360 Play - we found the whole place to be clean and the equipment all in good condition, the staff were friendly and you really couldn't fault the range of facilities and play equipment at all.

We would really recommend going along to 360 Play for a Character Breakfast, if you're interested you can find out dates and book tickets on the 360 Play website.

Ticket prices for the Character Breakfast are as follows:

Price includes the buffet breakfast in an exclusive area and early entrance to the centre. We think it's very good value considering all that's included.

WIN A FAMILY TICKET TO ANY 360 PLAY CENTRE

The gang at 360 Play have kindly offered one of my readers a family ticket (2 adults, 2 children) valid at any of their play centres.

Please enter via the Gleam widget below.