I recently discovered a fab new recipe for my slow cooker (which I don't really use enough) for cooking a whole joint of gammon until it can be 'pulled' as in pulled pork. This recipe really appealed to me

a) because its SO easy and

b) because the ingredients are really cheap and go a really long way!

Laurenne over at This Mummy blog first posted the recipe for the pulled gammon, and then I saw it over on Camilla's blog FabFood4All where she shared a great quiche lorraine recipe which uses the pulled gammon. As soon as I set eyes on these recipes I knew I had to give them a go. 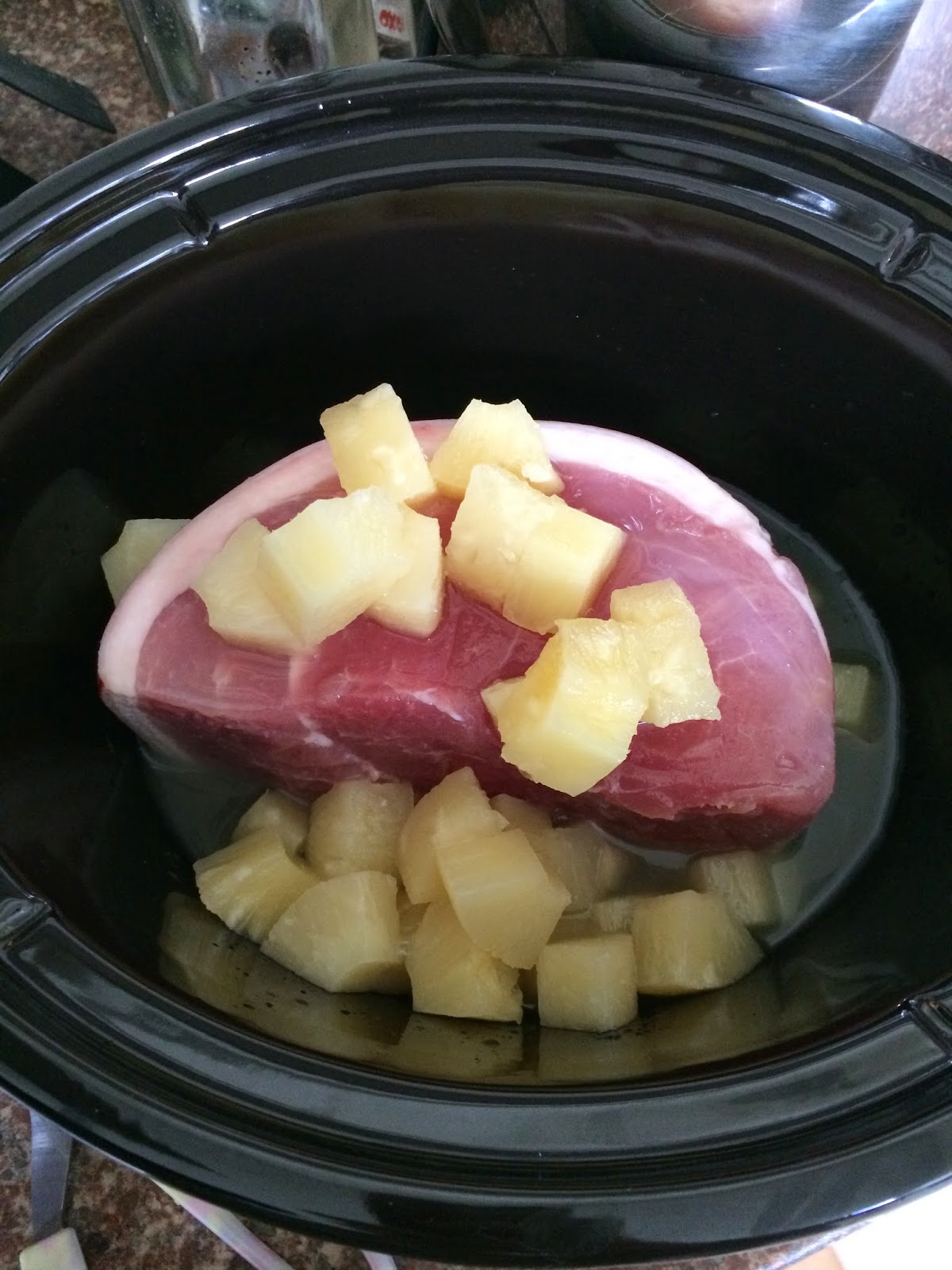 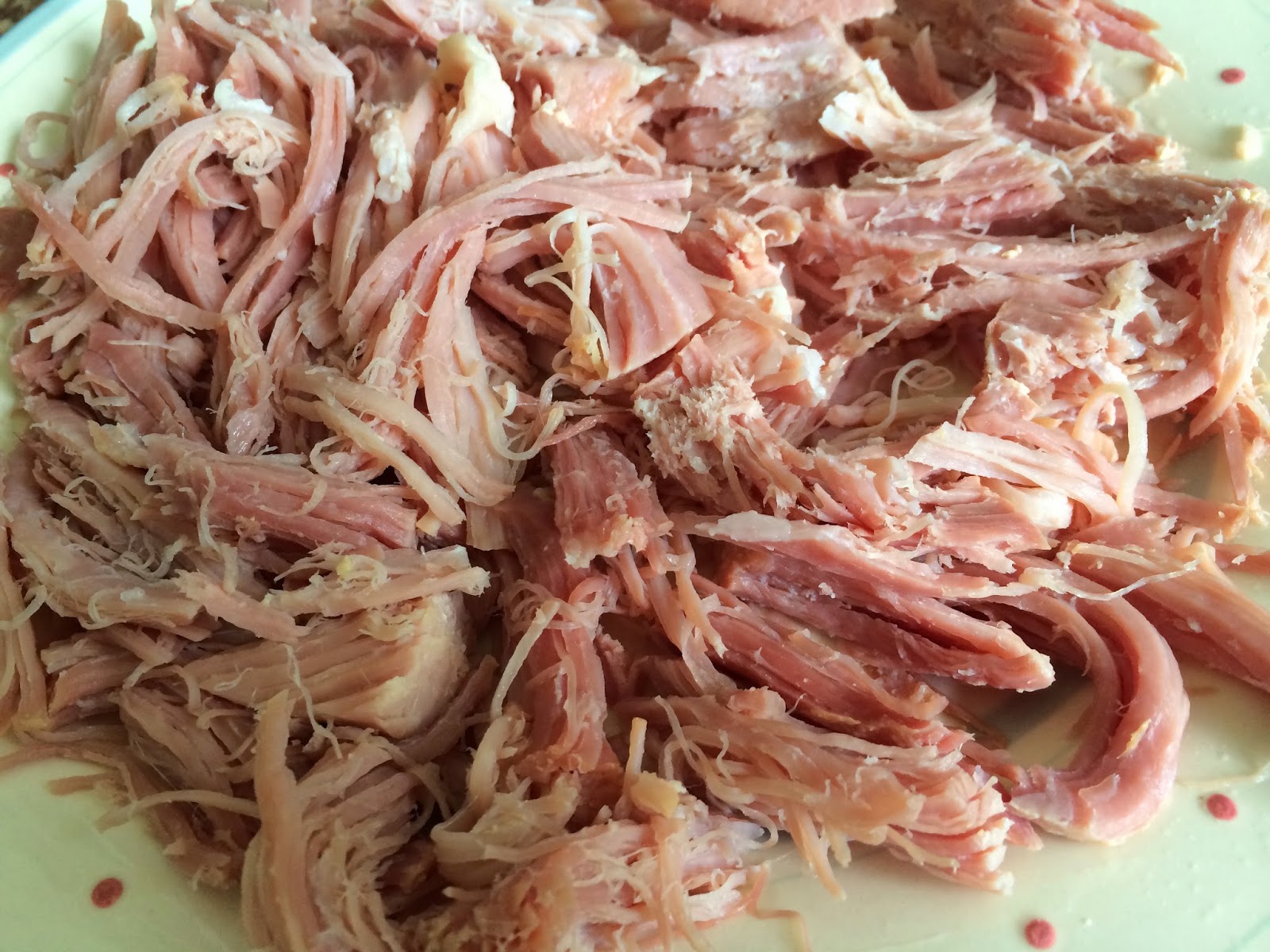 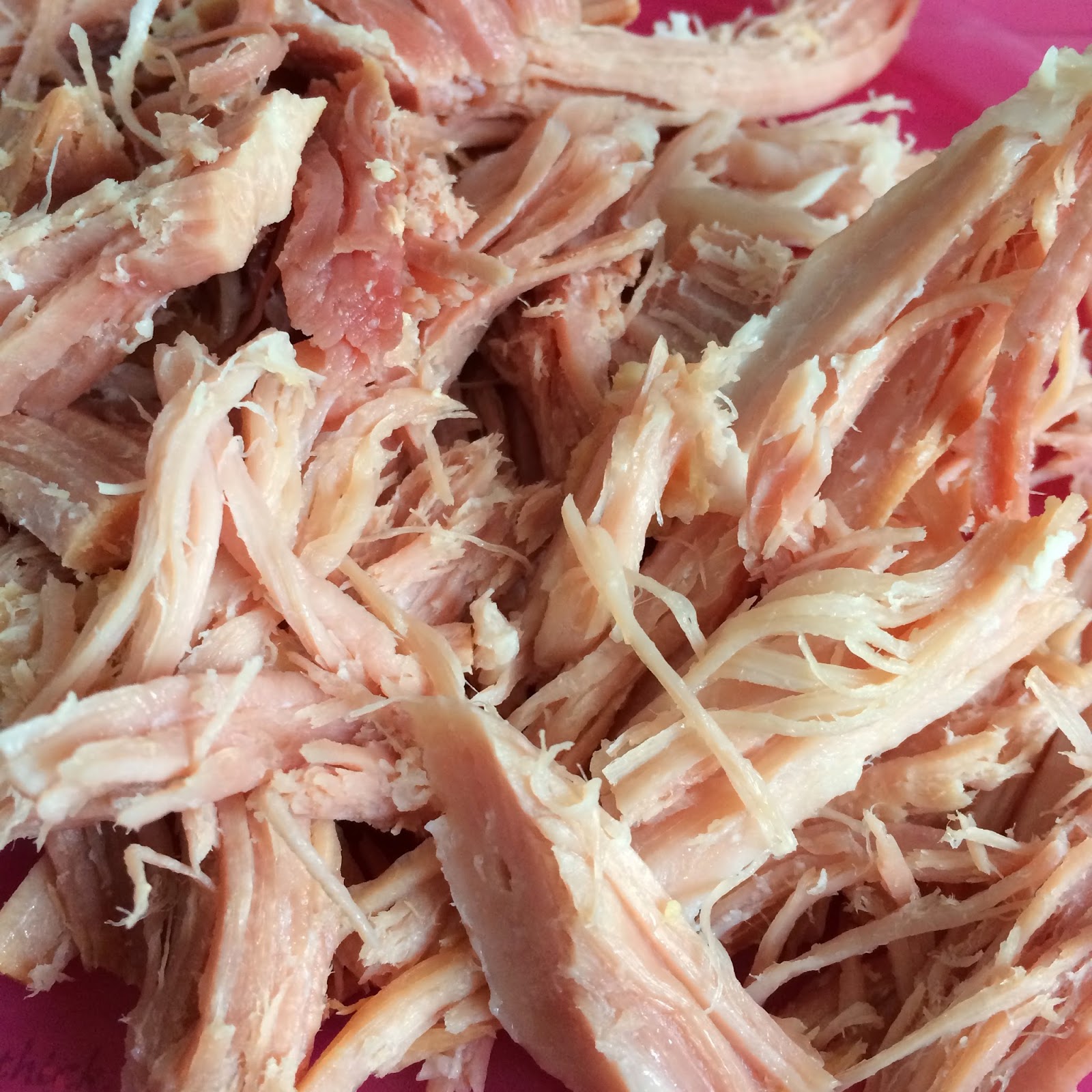 I cooked mine for 4 hours on high and it was absolutely perfect. It yields enough pulled gammon to make a quiche which will feed four, a Carbonara which will feed four, and a cheeky sandwich or two after that as well!! When the joint itself costs roughly £4 that's a pretty cost effective way of feeding your family. This will become a regular in our house now - and I'm already dreaming up new ways to use the meat in dinners. 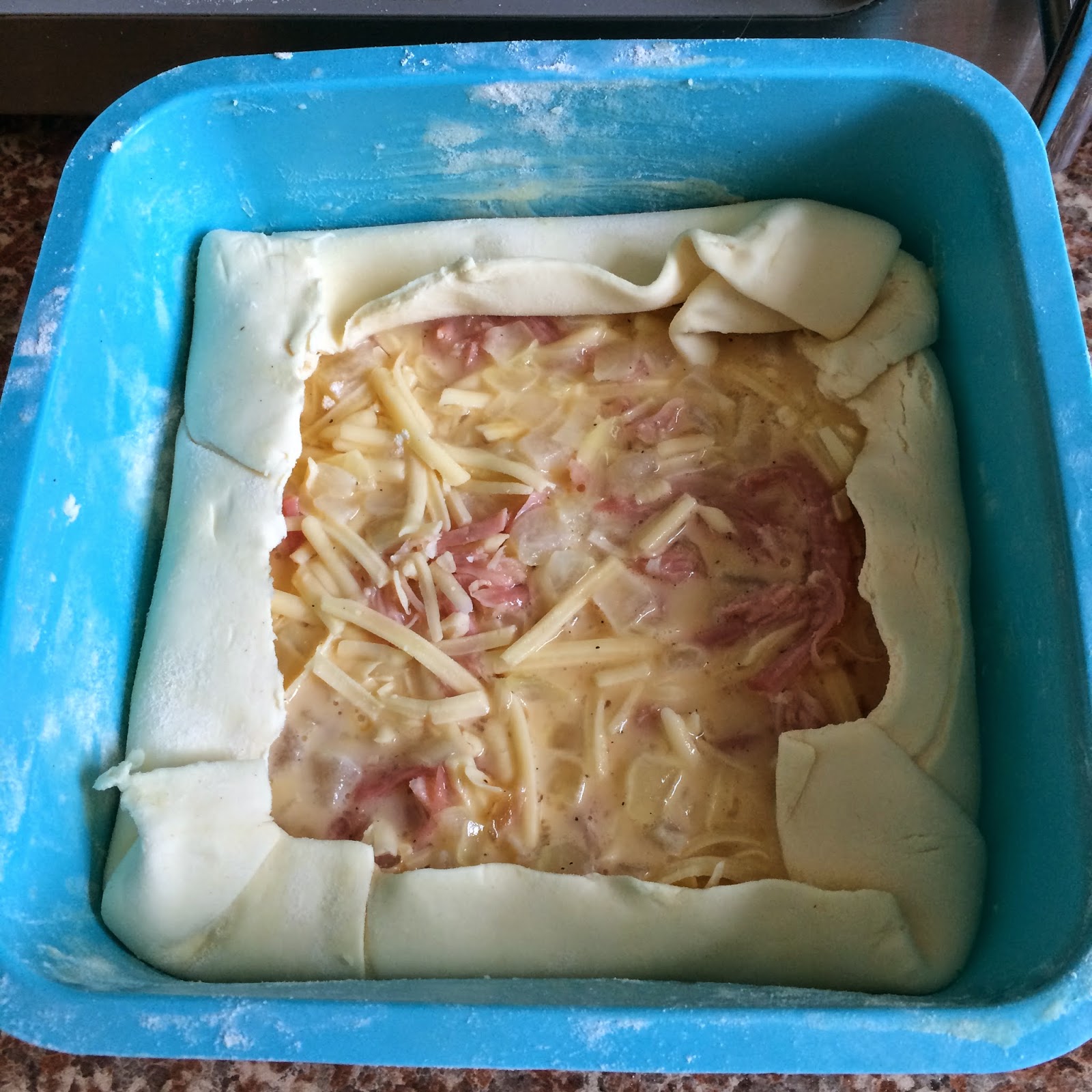 all ready for the oven 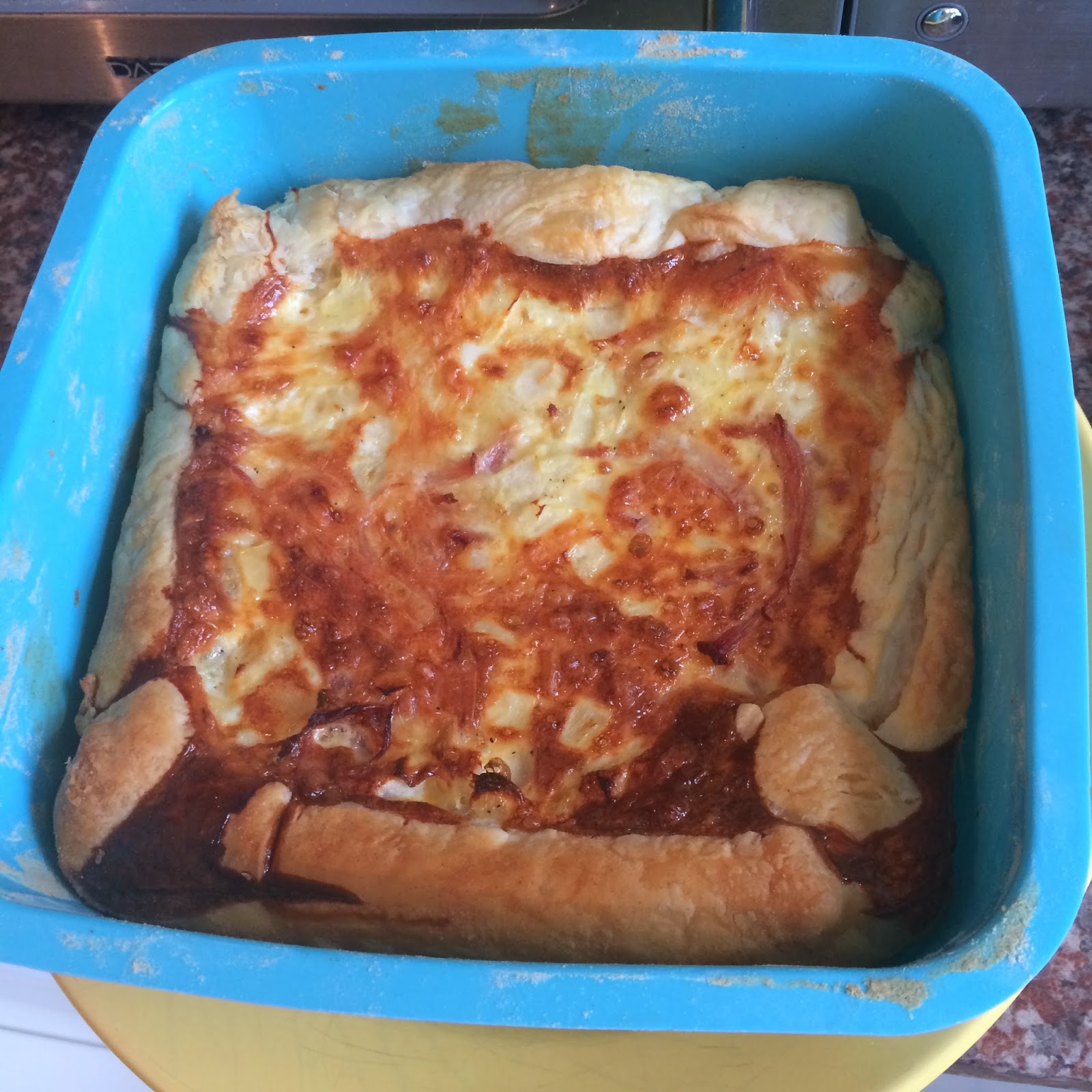 fresh from the oven - it smelt divine!

I loved using the puff pastry for this - it made the final quiche lighter than normal and all about the filling rather than just mouthfuls of pastry. The pastry had cooked well all the way through (no soggy bottom) and I was surprised by how much the glorious quiche rose in the oven to form this delicious masterpiece…. 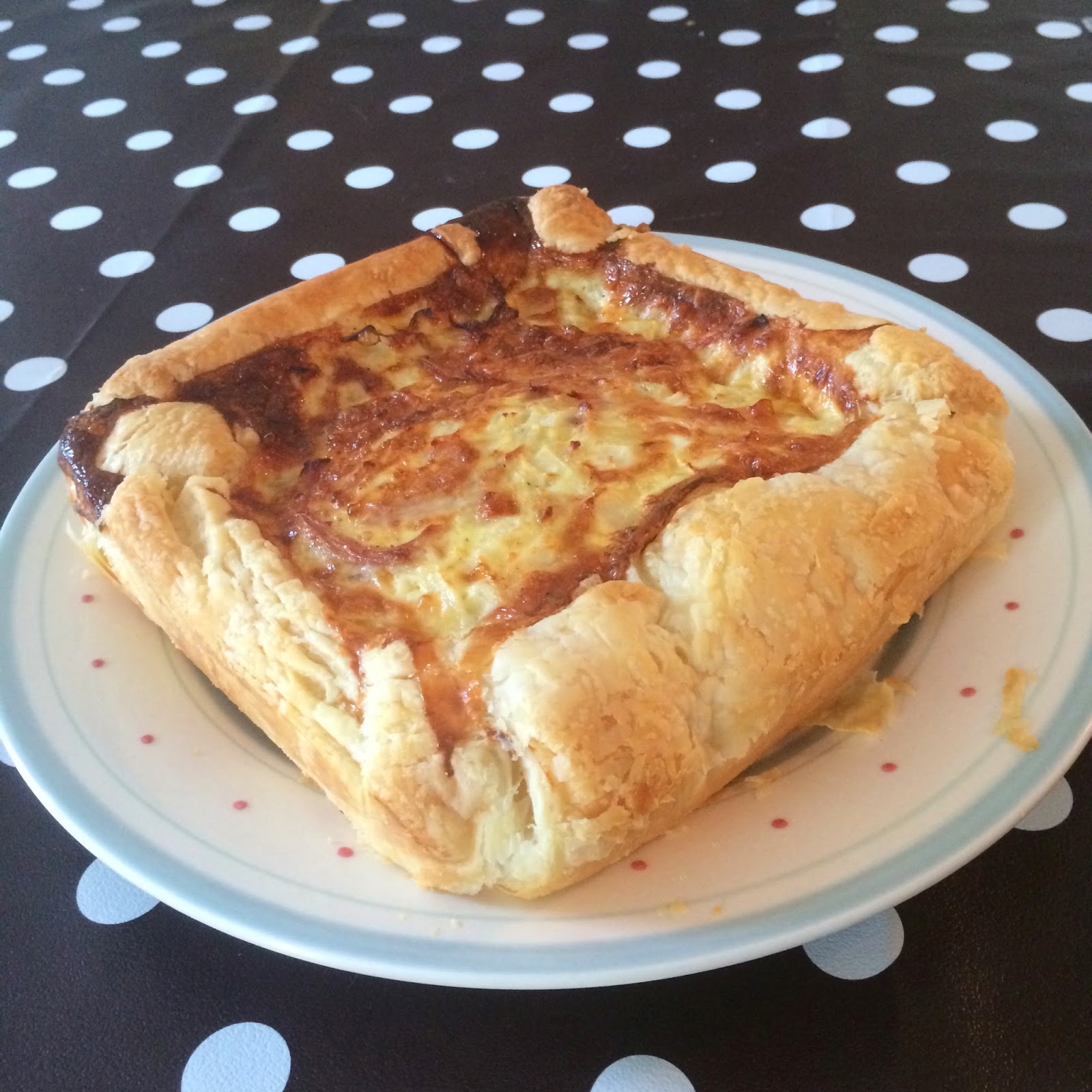 Fresh from the oven and ready to devour! 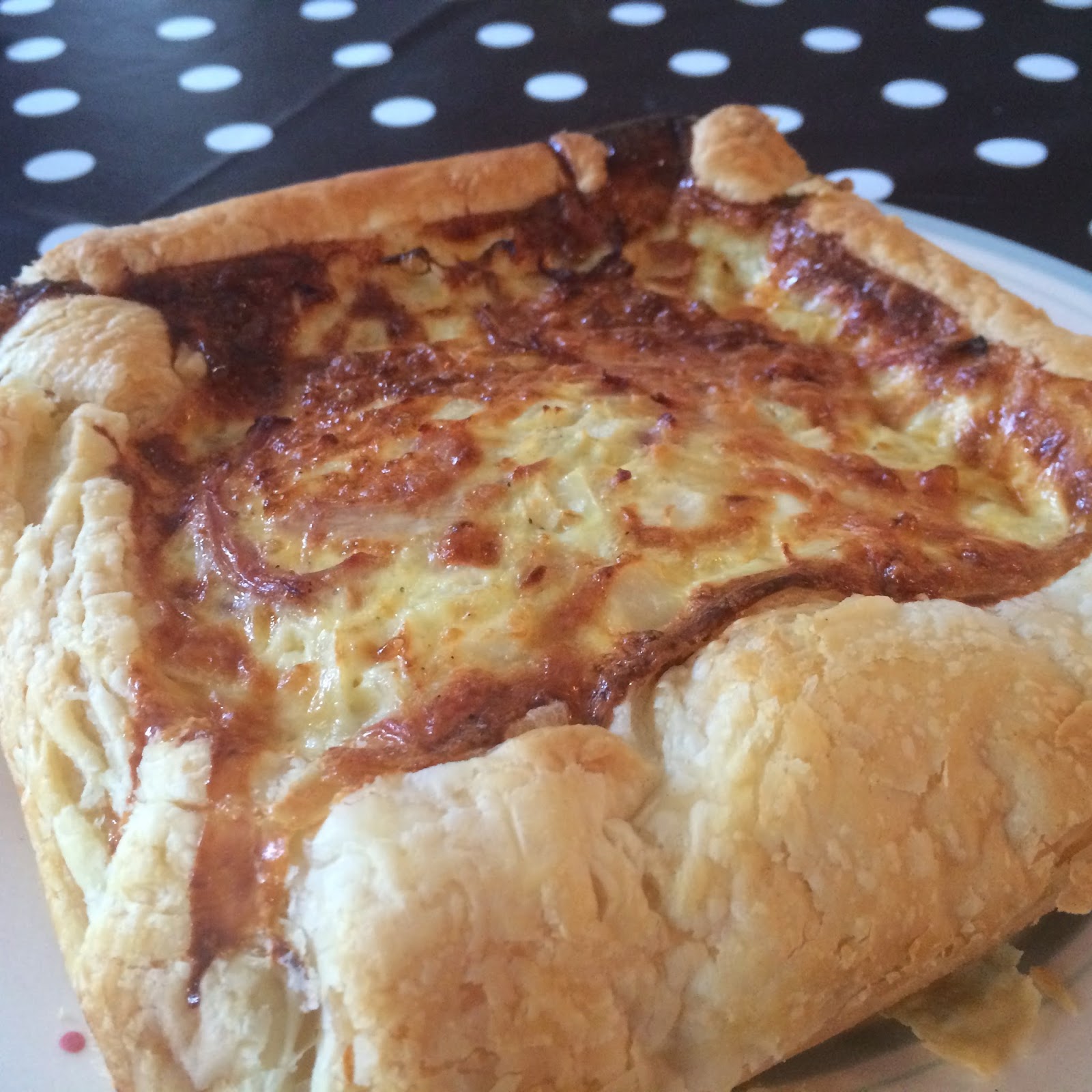 The quiche works out as approximately 500 calories per 1/4.

It's now Tuesday evening, and today I used another 300g of the pulled gammon to make my favourite Carbonara recipe. The recipe is an old Slimming World recipe which I've slightly adapted over the years.

Method
1. Put a pan of water on to boil for the spaghetti. Once boiled add the spaghetti and cook until al dente.
2. While the spaghetti is cooking mix the quark with the eggs and yolks, until fully combined and smooth - add lots of black pepper, some salt, and put to one side.
3. Finely chop the onion, crush the garlic and fry them until soft in a frying pan, add the pulled gammon and heat through.
4. Drain the spaghetti, add it to the frying pan along with the quark mixture and cook for a few minutes until all of the spaghetti is fully coated in the luscious sauce.
5. Serve immediately, with a sprinkle of parmesan over the top for a treat! 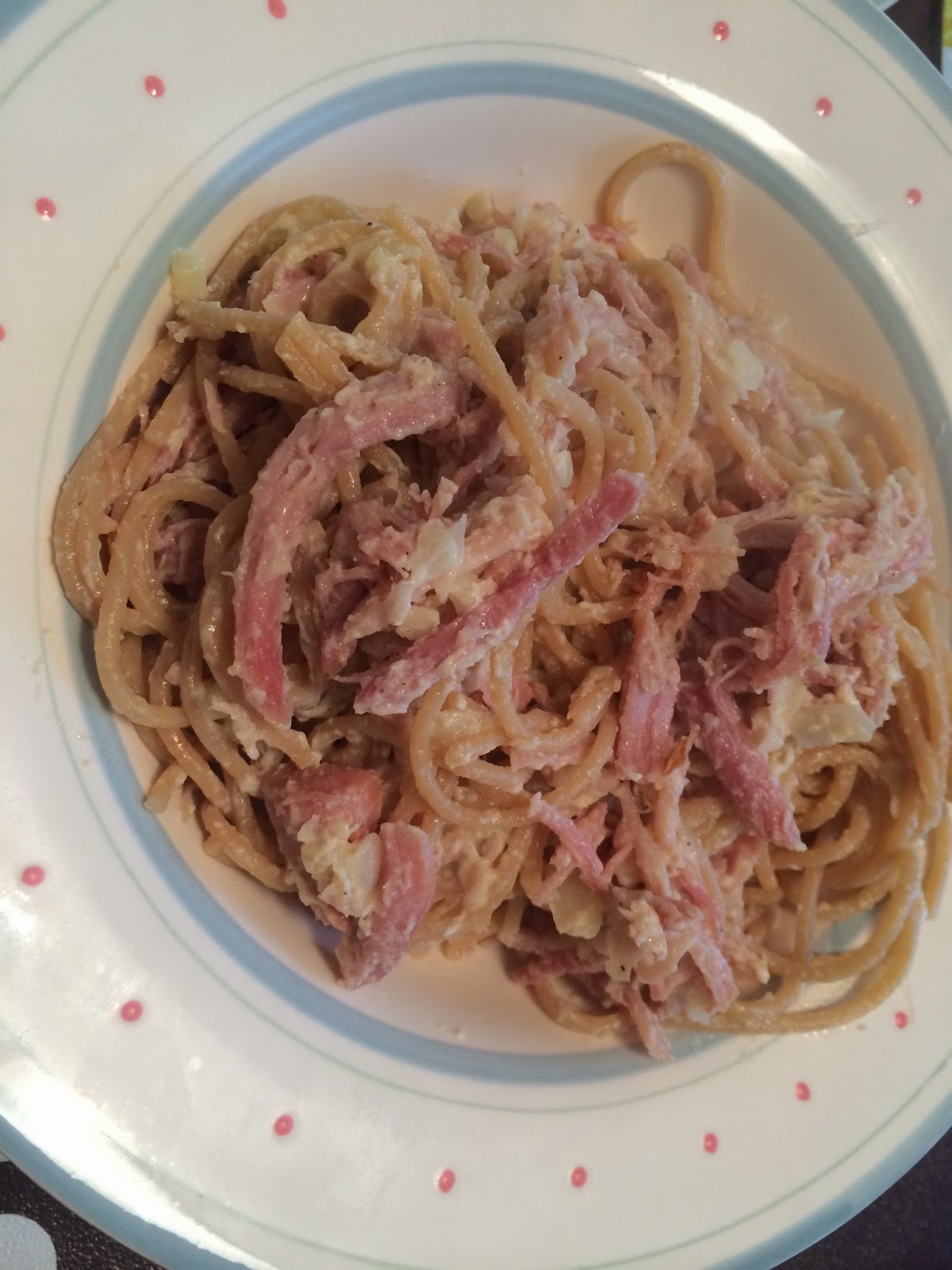 The carbonara works out at approximately 578 calories per portion.

I hope you guys have all enjoyed the recipe ideas I've shared here & will give them a try in your own homes!

You won't regret it.