The importance of recharging your batteries: Mum's Weekend Off!

Being a Mum is the most amazing thing I've ever done. It is everything I had hoped it would be, and more. I am consumed with love for my little man, and cannot imagine my life without him - what did I DO before he came along?

As well as being amazing, fulfilling, exciting, and beautiful - being a stay-at-home-Mum is exhausting and all-consuming. My head is full of a constant 'to do' list, and my days are full of ensuring my little man is safe, amused and happy while trying to keep the house straight, wash the clothes, buy the food shopping, cook, exercise, socialise and blog. Sometimes the days just whizz by and I end the week feeling exhausted, frazzled and like I could quite literally sleep for a week.

Last week, Bert got ill - a nasty sickness bug which seemed to come out of nowhere and zapped us of every last bit of energy we had left. There is genuinely not a worse part of Motherhood - watching your little one being so poorly, and being unable to do much to help is horrendous. I get crippled by an overwhelming (and usually over-dramatic) fear that he's worse than he actually is when he's sick, and imagine a million different scenarios of something dreadful happening to him - anxiety slaps me around the face, and usually I come out the other side feeling completely drained and exhausted. Last week was no exception.

Last time Bert was ill like this I was due to go away to Centre Parcs for a good friends Hen Weekend; and had to miss it - he'd had a stay in hospital that week due to such a bad gastro-enteritis bug, and I felt too worried to travel far away from him for a weekend. As it turned out, he was over the worst of it, and I probably would have been safe to go without a hitch, but you just never know, so I missed out, and stuck to my duties as Mum instead.

As a pure coincidence, this weekend just gone, I was also due to go away for one of my best friend's Hen Weekend in Norfolk. When Bert was sick on wednesday night I thought 'here we go again' and convinced myself it would be a repeat of last time and I'd have to miss out again. I asked him "Do you have a sixth sense? Do you know when Mummy is meant to be getting a weekend 'off' and decide to stop me?" Hahaha, of course, he doesn't - but it just felt like that. Perfect timing, huh?

I had promised to whip up some homemade treats to take along to the hen weekend, so with positive thinking at the forefront of my mind, and determined that I would be able to go this time, I got my bake on. Thursday morning was a hive of activity in my kitchen, while my poorly boy sat quietly in front of cartoons, and rested. I baked quicker than I ever have in my life, determined not to neglect my little man, and in a couple of hours I'd managed to whip up 35 iced vanilla dinosaur biscuits and cook 40 turkey dinosaurs. (I'll explain the dinosaur thing later…!)

Thankfully, Bert was only sick on wednesday evening, and a couple of days off milk, and on rehydration fluids and toast saw him almost back to normal, and I set off on Friday morning feeling reasonably confident that he was on the mend and over the worst. It helped that I was leaving him in the capable hands of his Nanny and his Daddy - both of whom are the perfect mum-replacement if I'm not there.

I felt exhausted, shattered, drained and a little bit ropey myself - I also felt that nervousness that all mums feel if they are leaving their nest without the little ones, but, determined to have an awesome time and make the most of a weekend of 'being a grown up' as my mum put it, I shook off the guilt, the tiredness and that nagging 'you're ill too' at the back of my mind, and jumped straight in to a weekend full of fun...

Danni and I have been friends since we met at University 10 years ago, she is getting married in early December and I'm so looking forward to her special day. I was especially excited about the fun plans that had been made for her Hen Weekend in Norfolk by her chief bridesmaids Karla and Kate, who are also good friends of mine.

Eighteen of us hired amazing converted barns in Norfolk called High Barsham and Little Barsham (Barsham Barns) for the weekend. I travelled up to Norfolk with Kate and Karla, and we arrived at the barns at 1:30pm on Friday afternoon so as to set up before the bride-to-be arrived at 5pm. 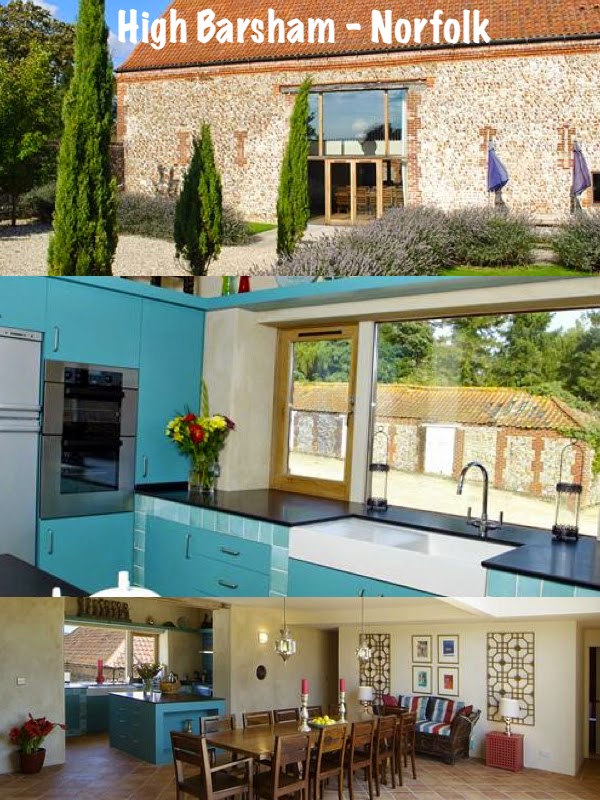 High Barsham - what a beautiful place! 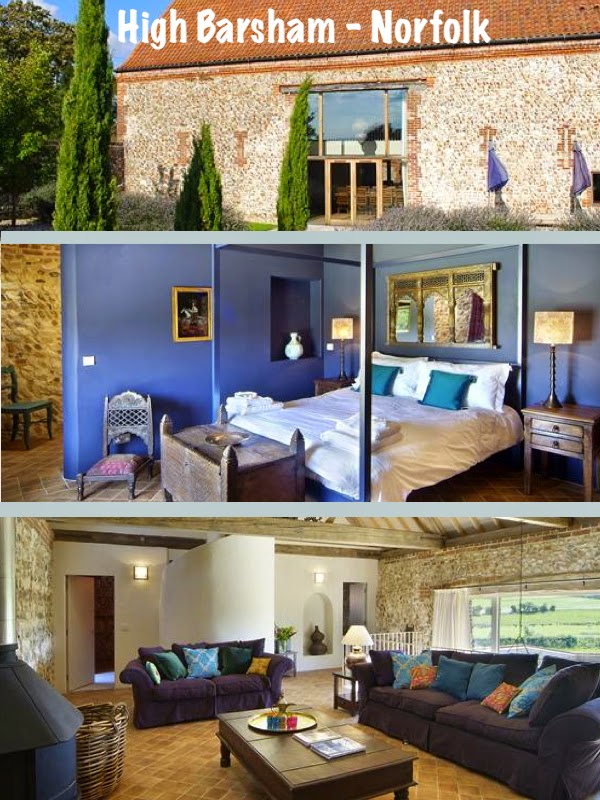 The Barn - the perfect party setting!

The plan for night one was to all stay in and enjoy a Jurassic Park themed tea party (with plenty of booze!) Danni's favourite film in the whole world is Jurassic Park, and so we themed a huge buffet, and all the decorations and cake on the dinosaur theme - I had even managed to pick up a 6ft tall inflatable TRex to join the party! We had so much fun setting it all up, and to our delight Danni totally loved it, and we had an absolute blast! 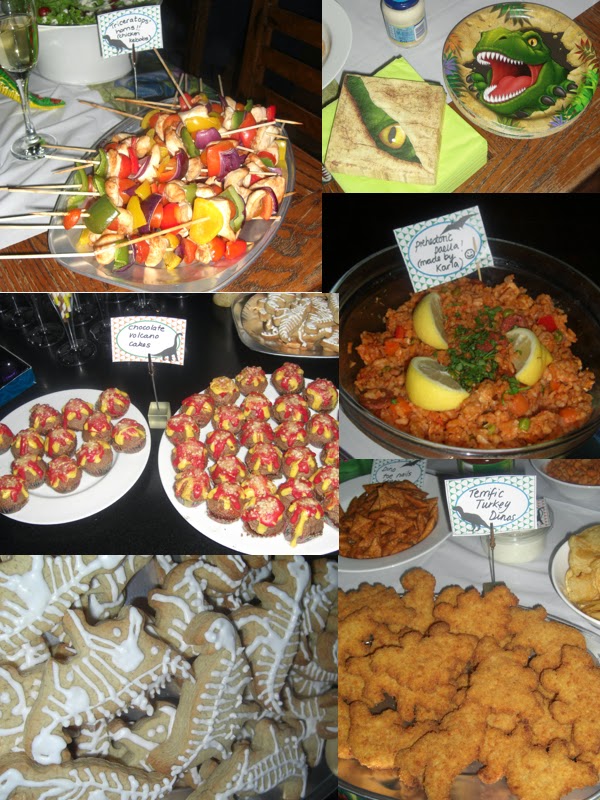 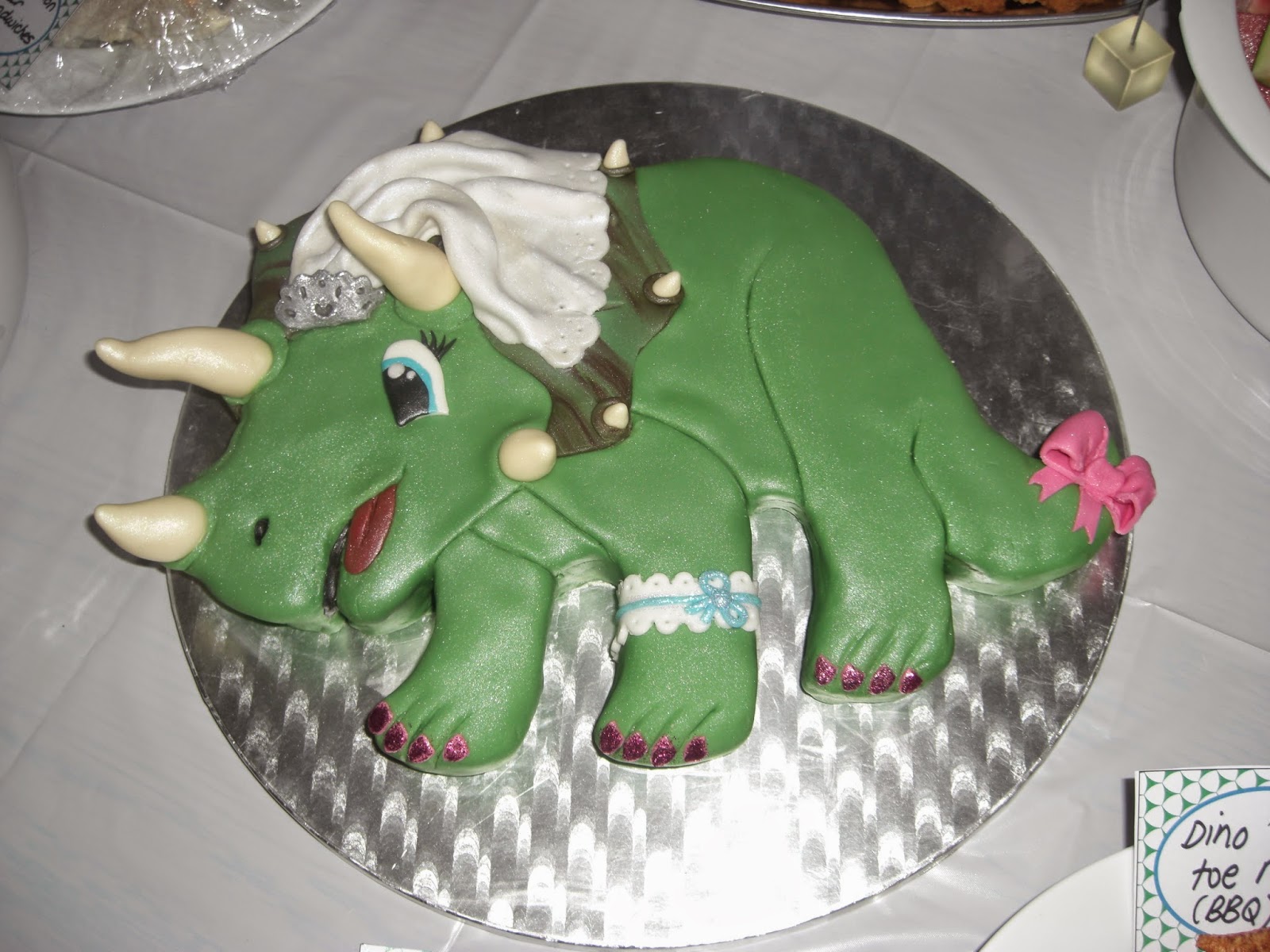 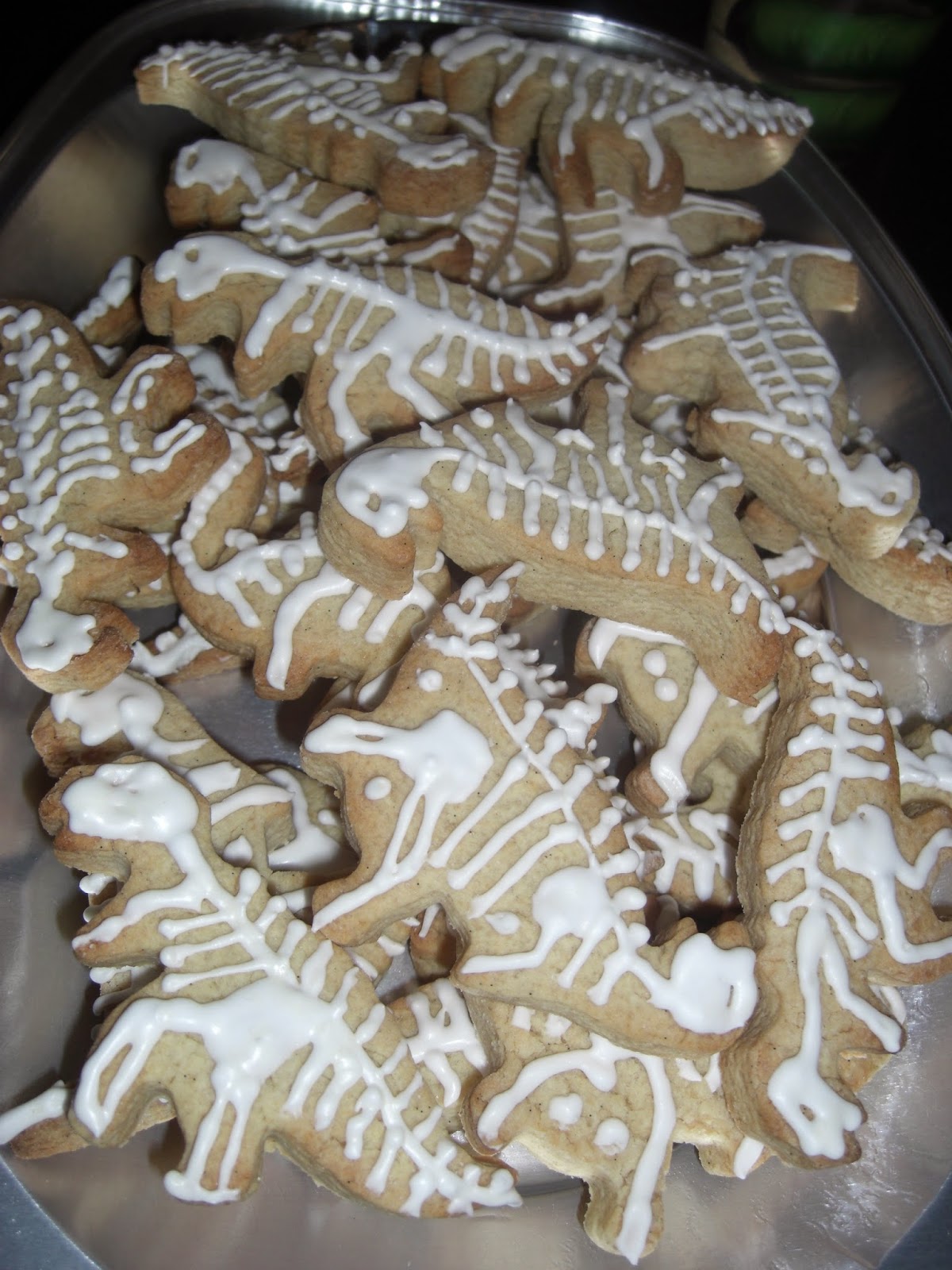 My iced vanilla dinosaur biscuits went down a storm! 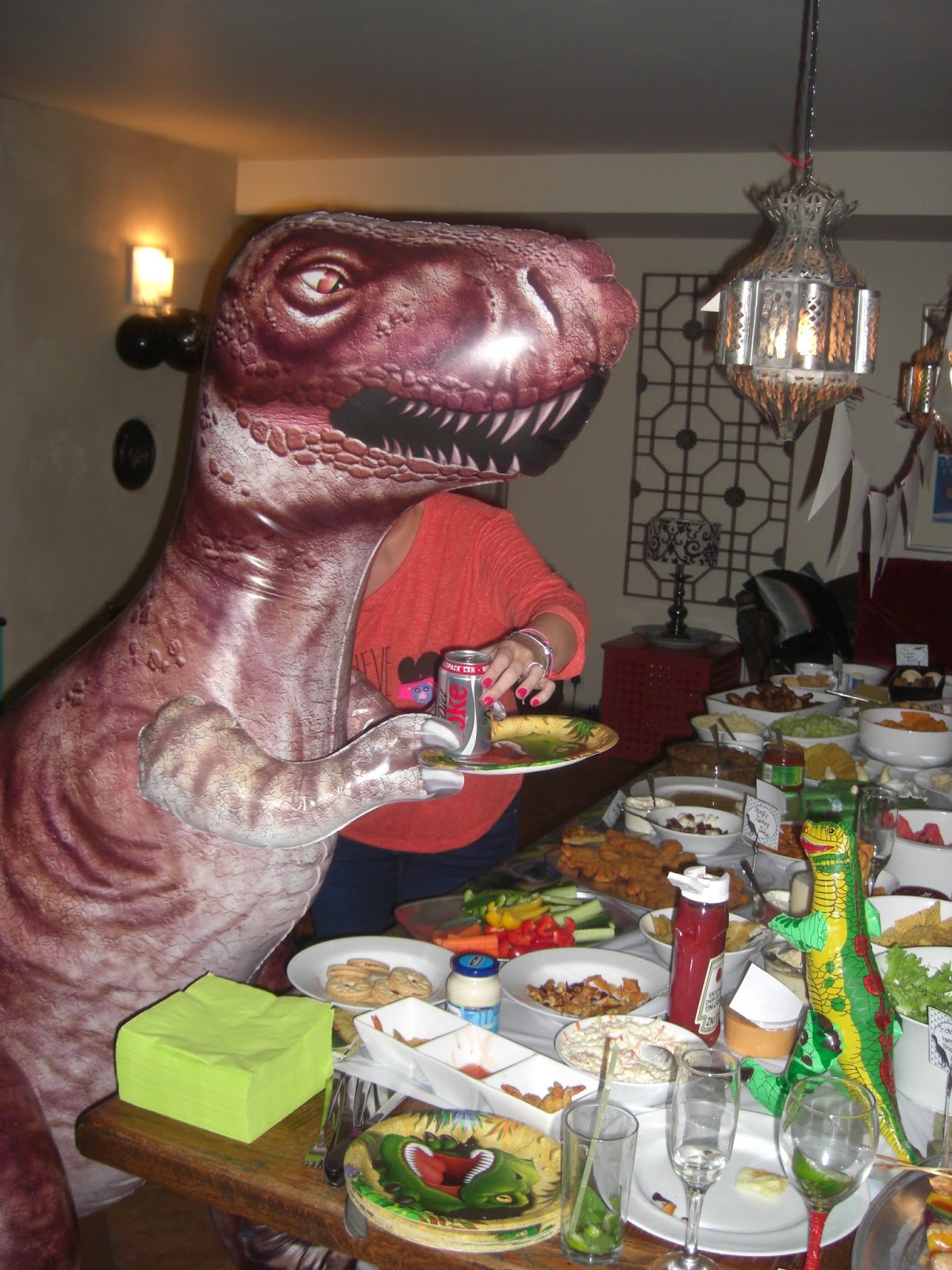 Even the TRex wanted to feast on the buffet! 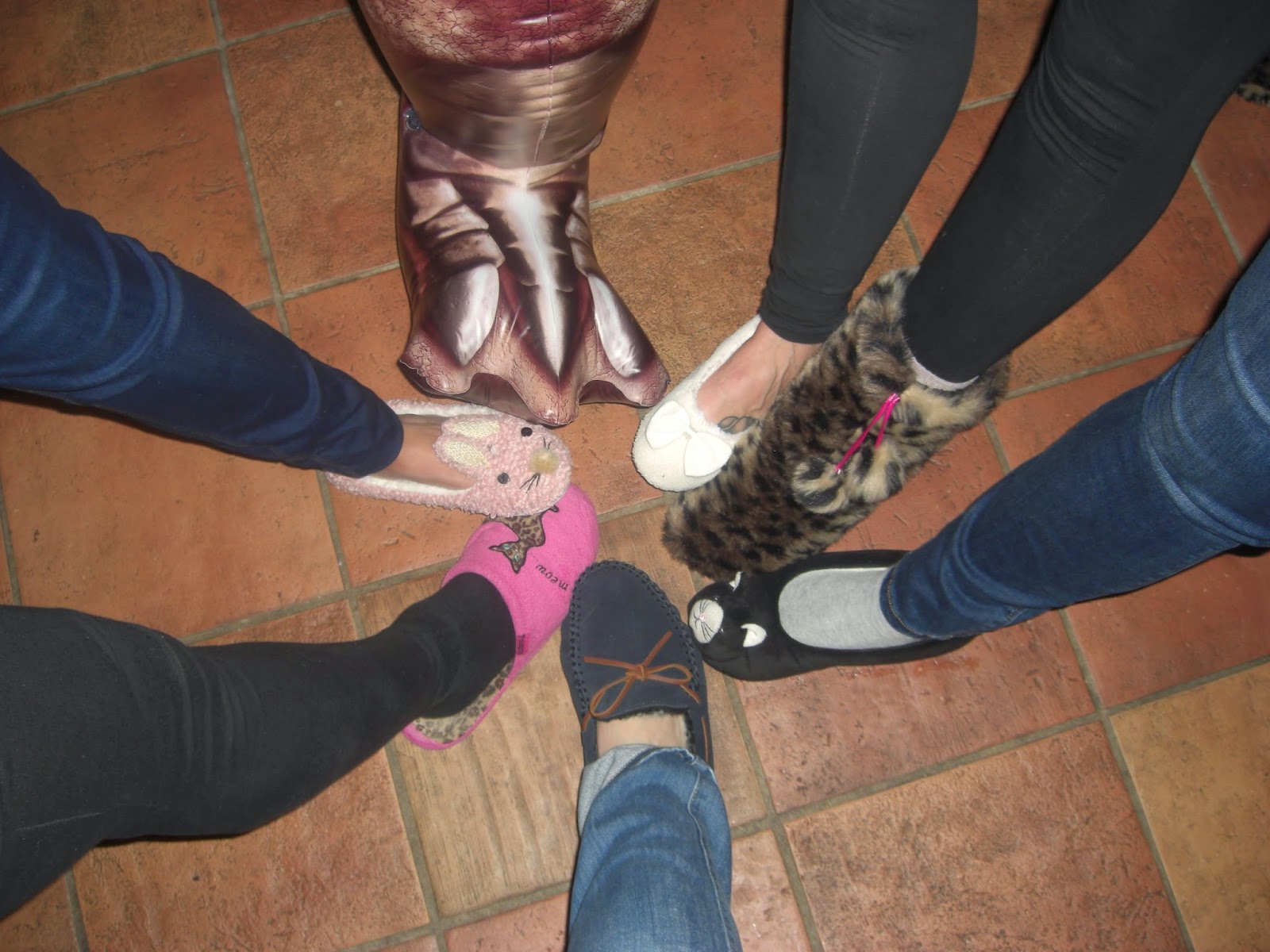 And like the cool girls that we are, we of course danced around the barn in our slippers - joined by the TRex, naturally!

Day two of our weekend saw us don our flat caps and head out into the countryside for some clay pigeon shooting fun! An activity Danni had always wanted to have a go at, it seemed like the perfect opportunity to give something new a try - it was SO fun, and out of the 15 of us taking part I came 3rd and hit 5 out of 12 of my shots. I was chuffed to bits with that! 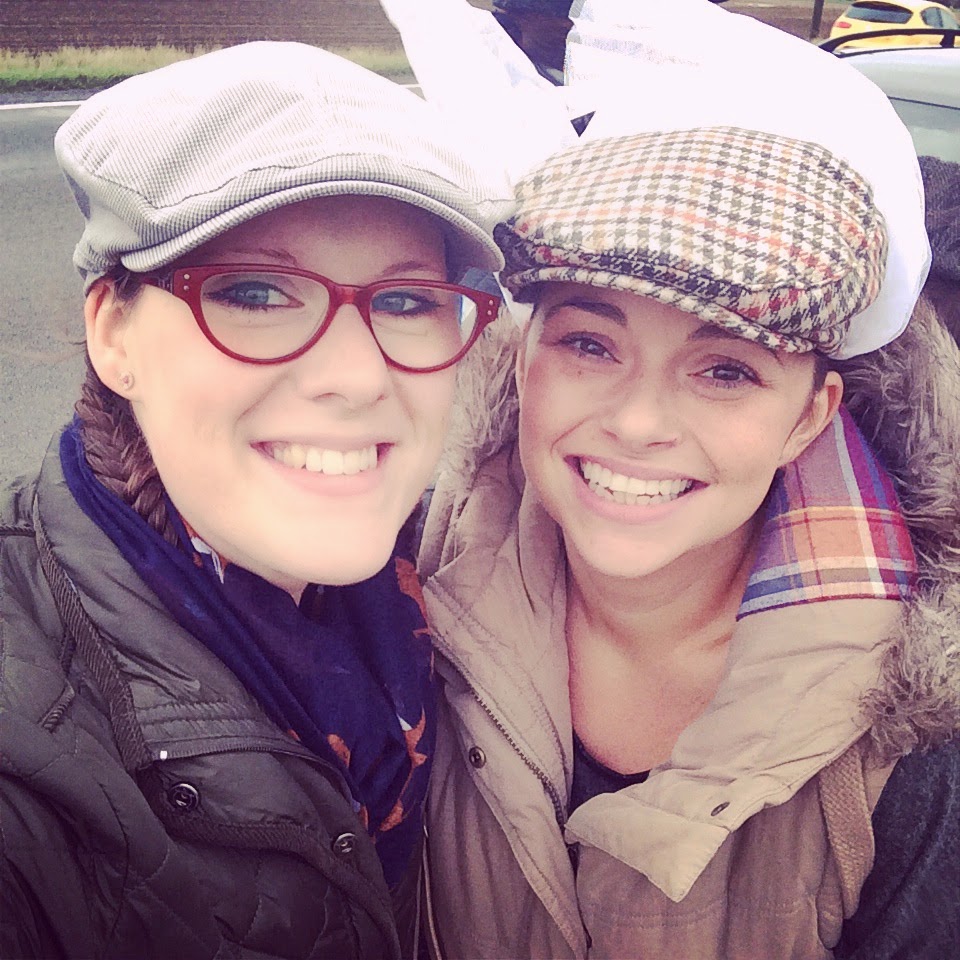 Me and the beautiful Hen, Danni - country bumpkins! 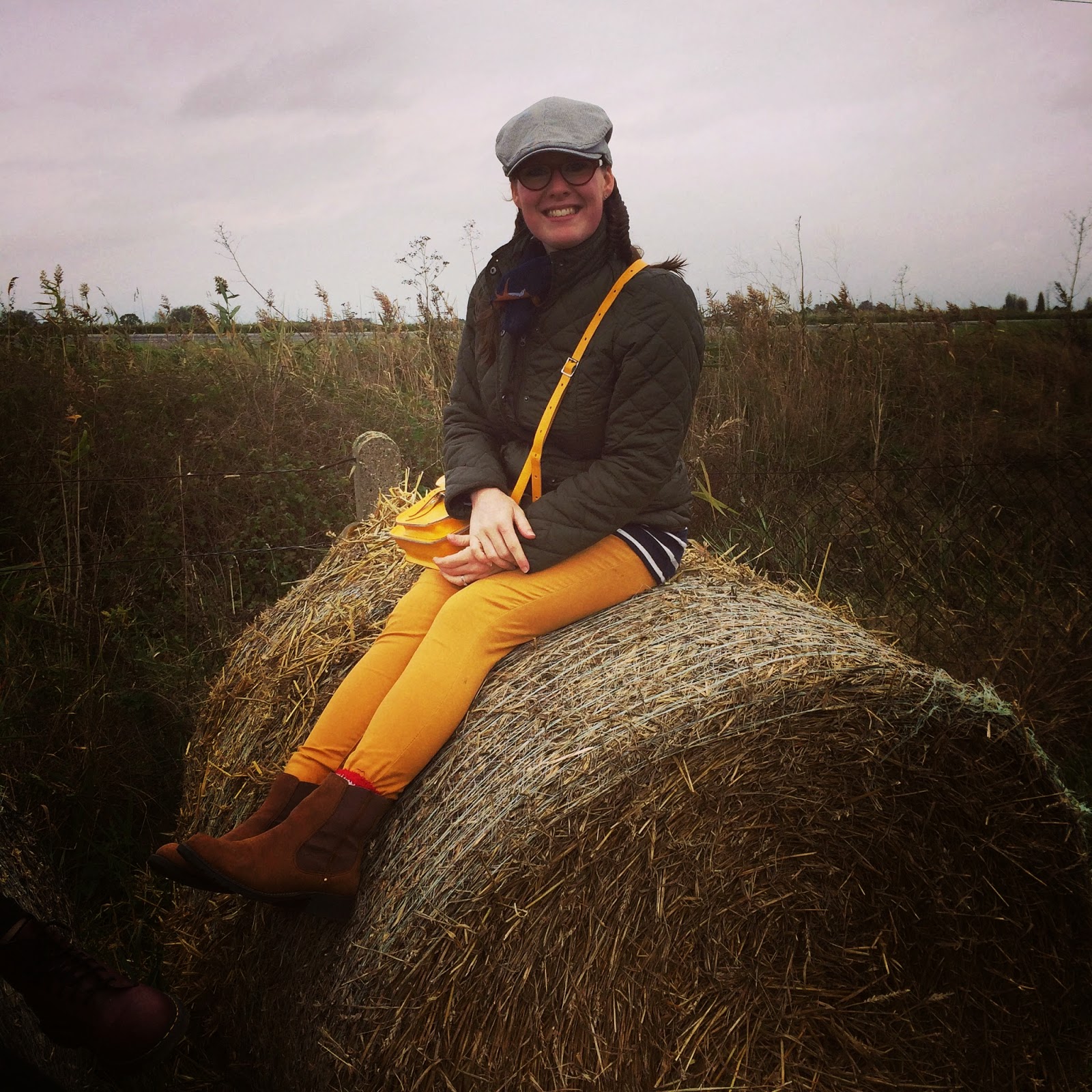 Fun on a hay bale! 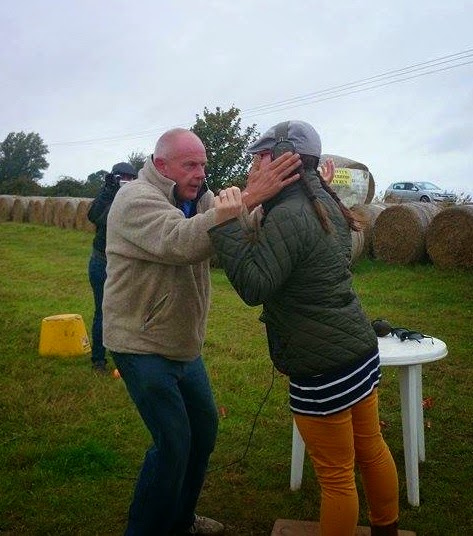 Rob (from Clay Busters) helping me set up & get ready to shoot! 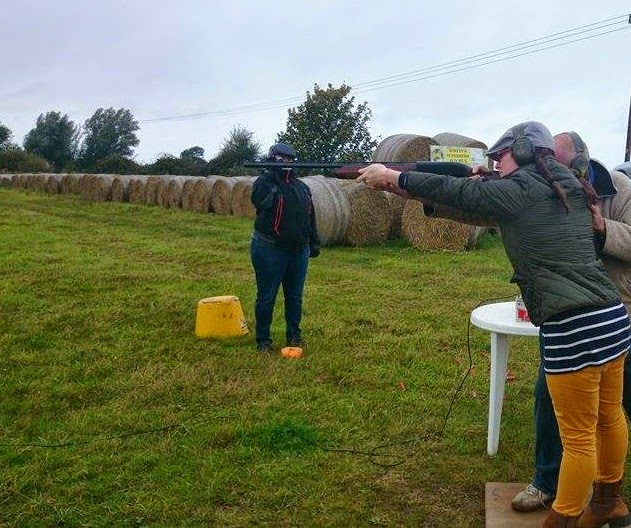 On Saturday night we all got dressed up in our party frocks and headed out to a private function room in a restaurant called The Golden Fleece, in Wells-next-the-Sea for dinner, drinks and dancing! The room had been decorated by Kate and Karla - full of beautiful photographs of us all with Danni over the years - pictures from her childhood, and pictures of her with her lovely fiancee Charlie. The room was adorned with balloons and fairy lights, candles and banners - it looked incredible and was the perfect setting for a rip roaring party! The stunning dinner table in our function room 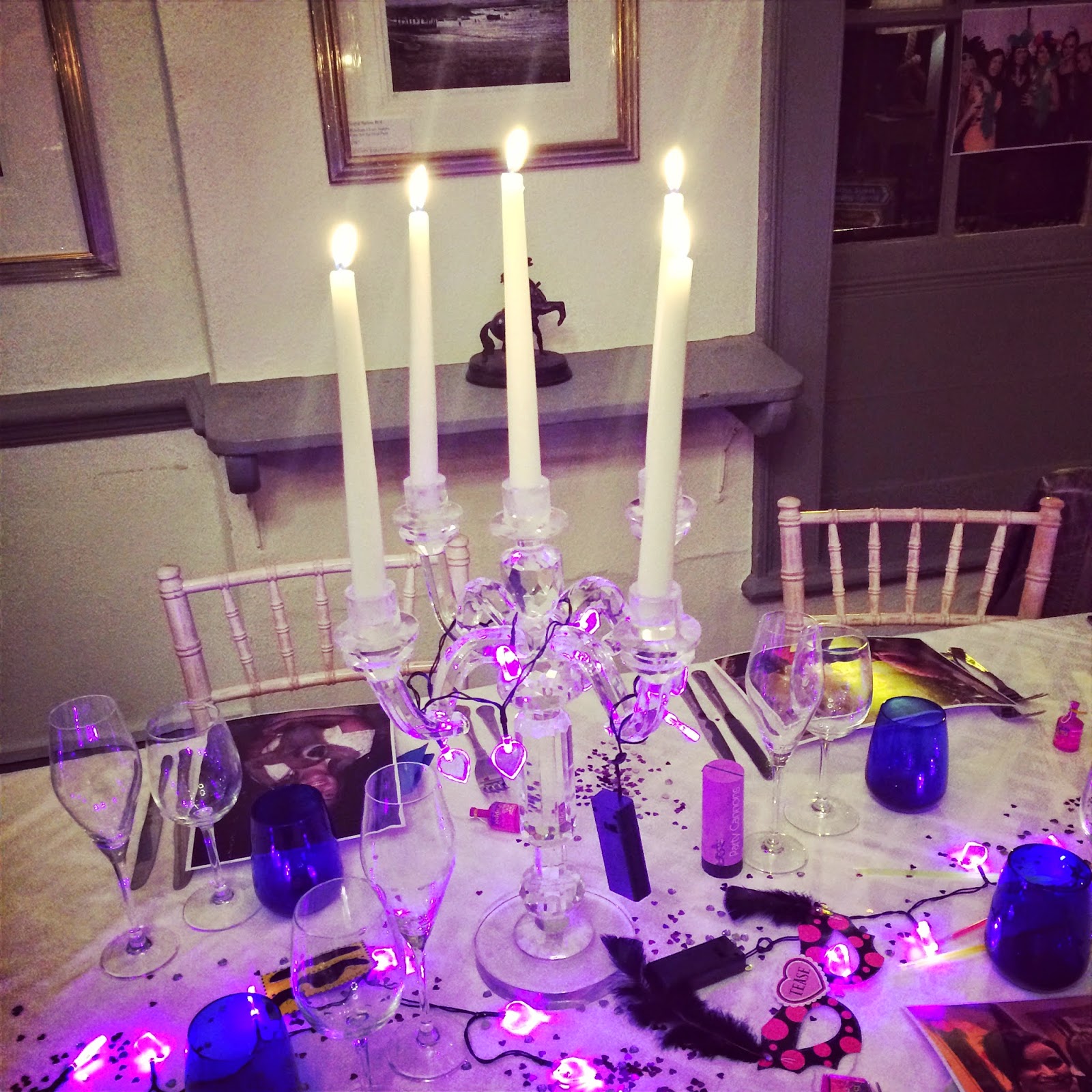 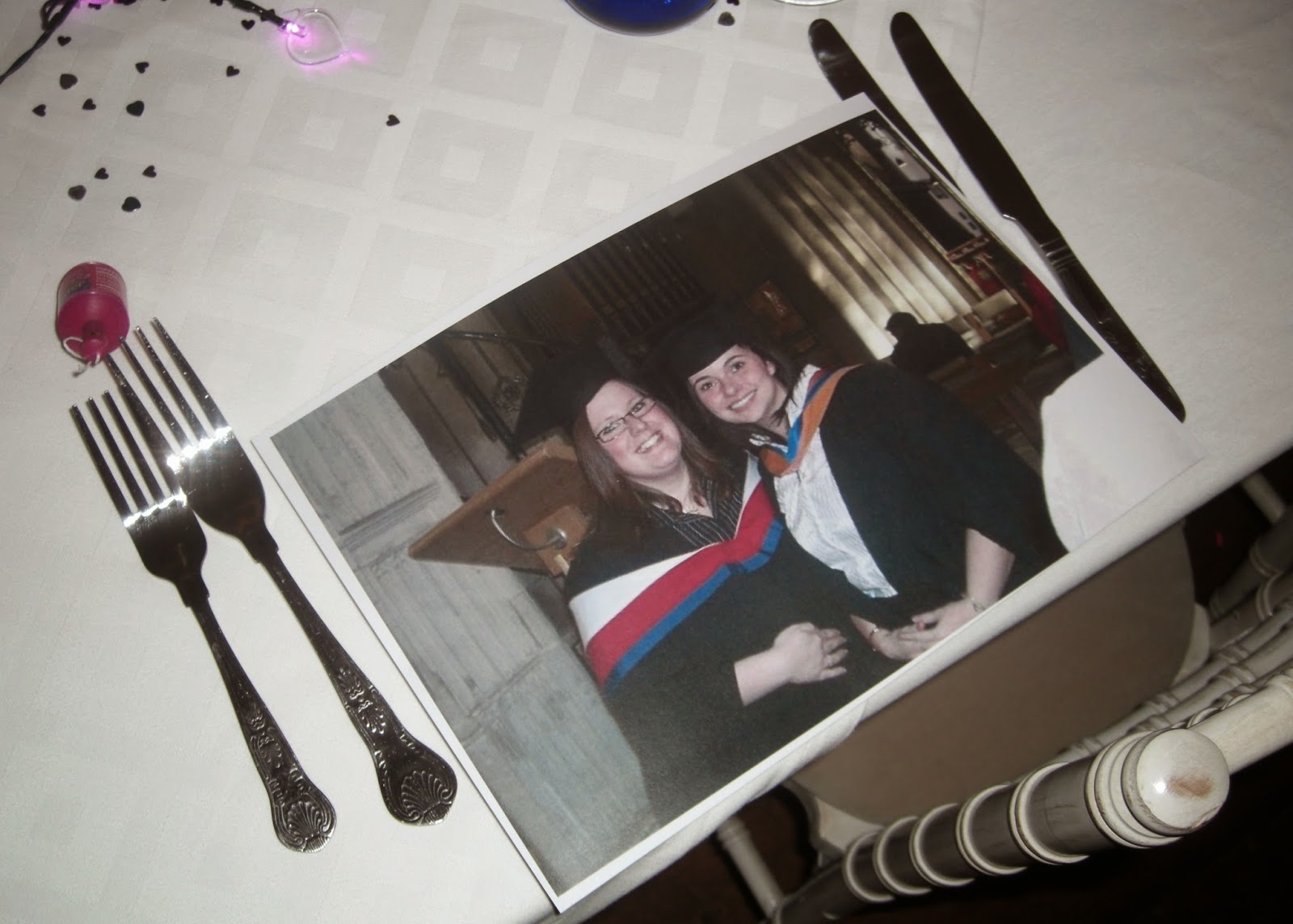 We each had a place setting at the table which was a photograph of us with the hen at a special moment in our lives: this shot is of our graduation 10 years ago! Luckily, I don't mind looking back at 'fat photos' of me now that I've made a positive change - I still get shocked at the size of me back then! 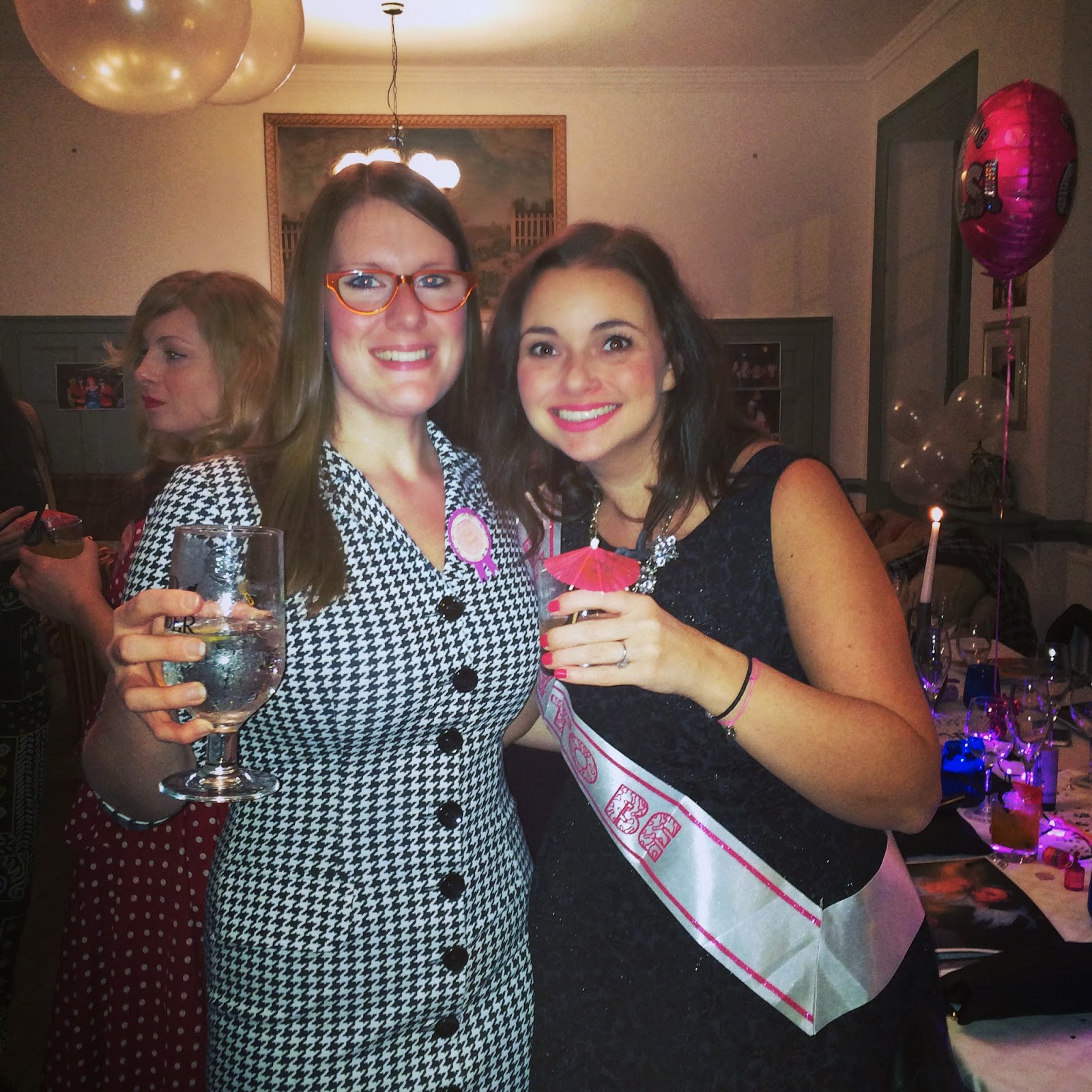 Me and Danni: the gorgeous hen! 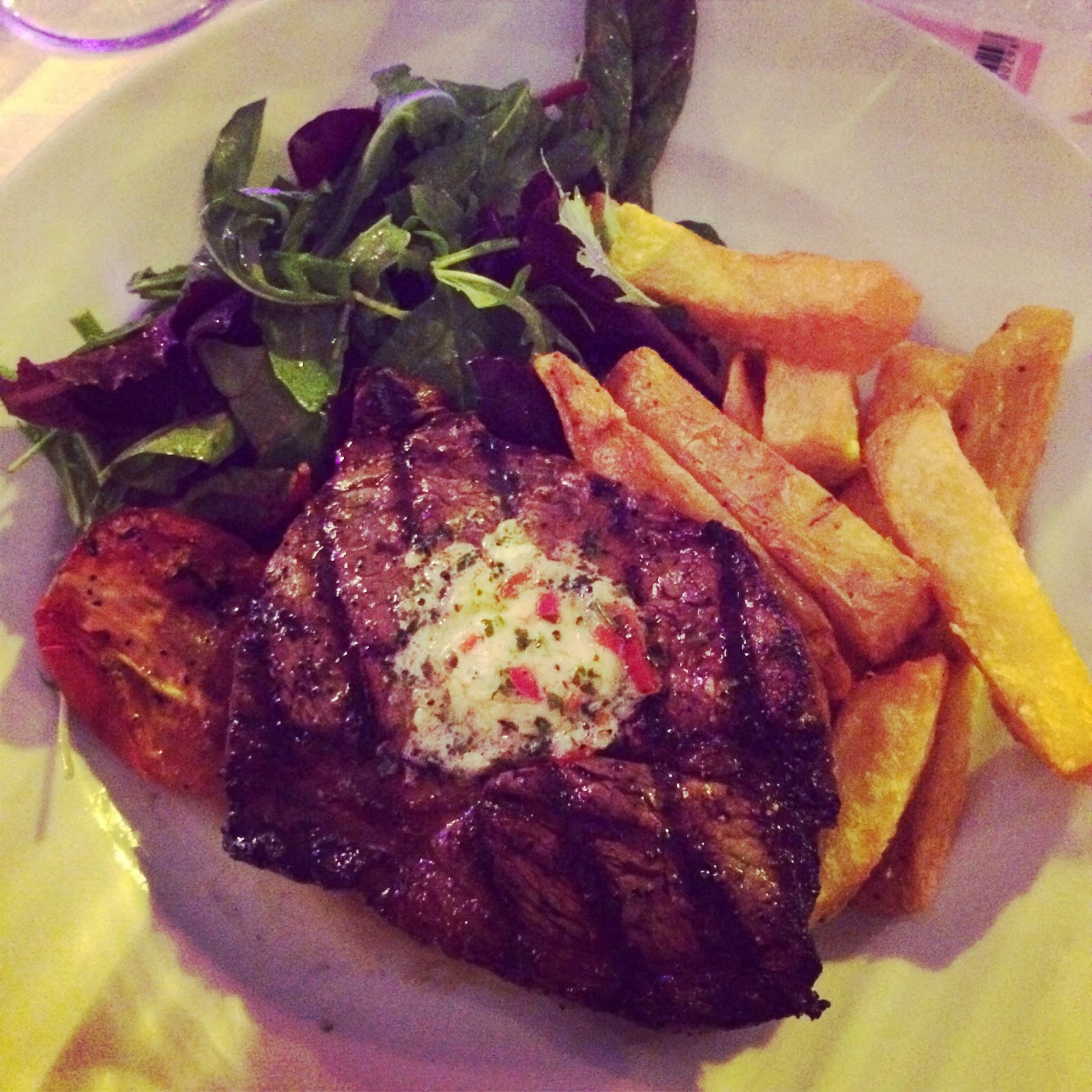 My dinner was immense - the best rare steak I've eaten in ages with duck fat chips - need I say more? 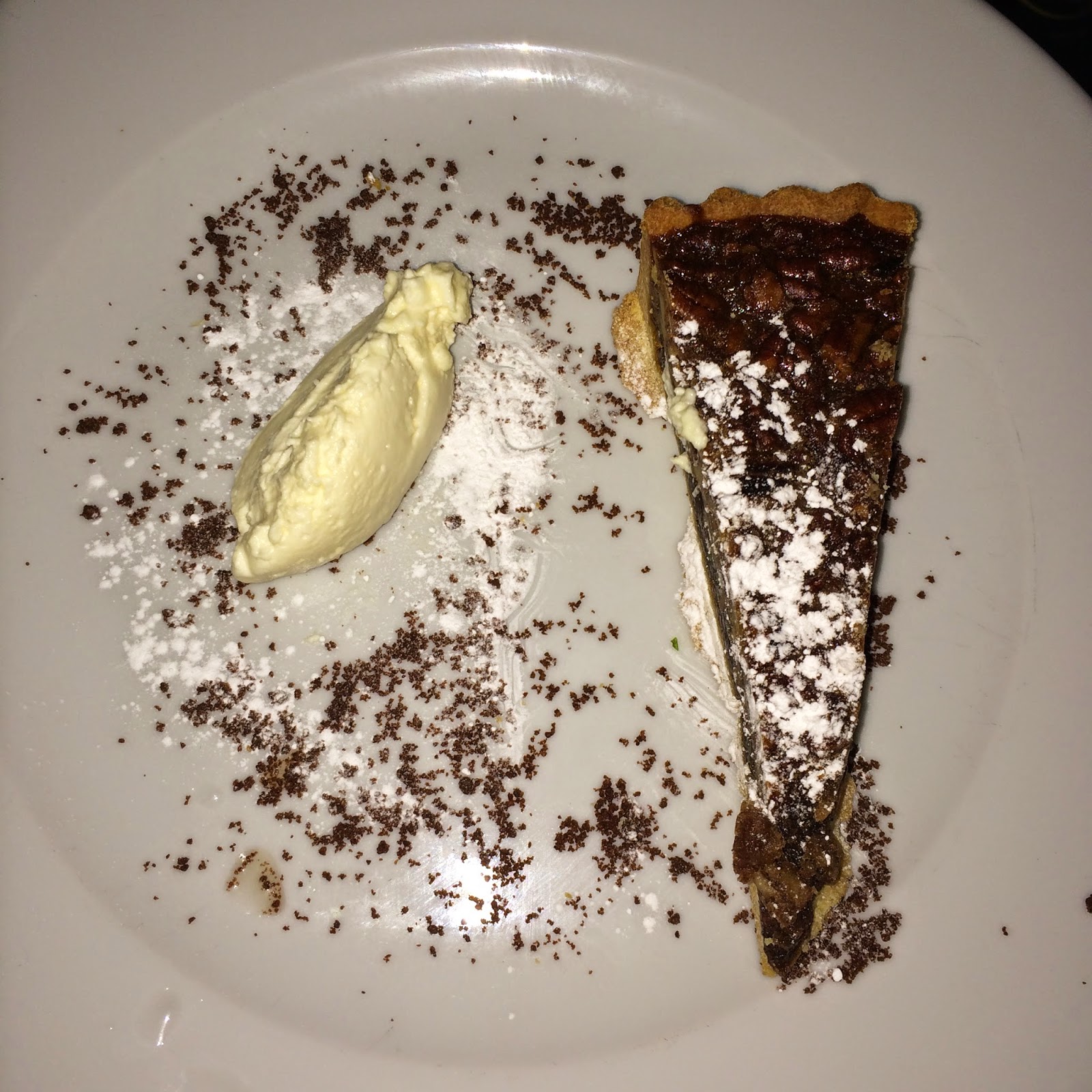 Bourbon Pecan Pie - my favourite dessert in the whole world - it didn't quite beat the one I eat at Buddies, or my own homemade one, but it came in a close 3rd!

Of course, for all of the alcohol drinking ladies the weekend ended in slurping vodka-jelly from a giant platter at 4am...followed by horrendous hang overs, and long drives home! 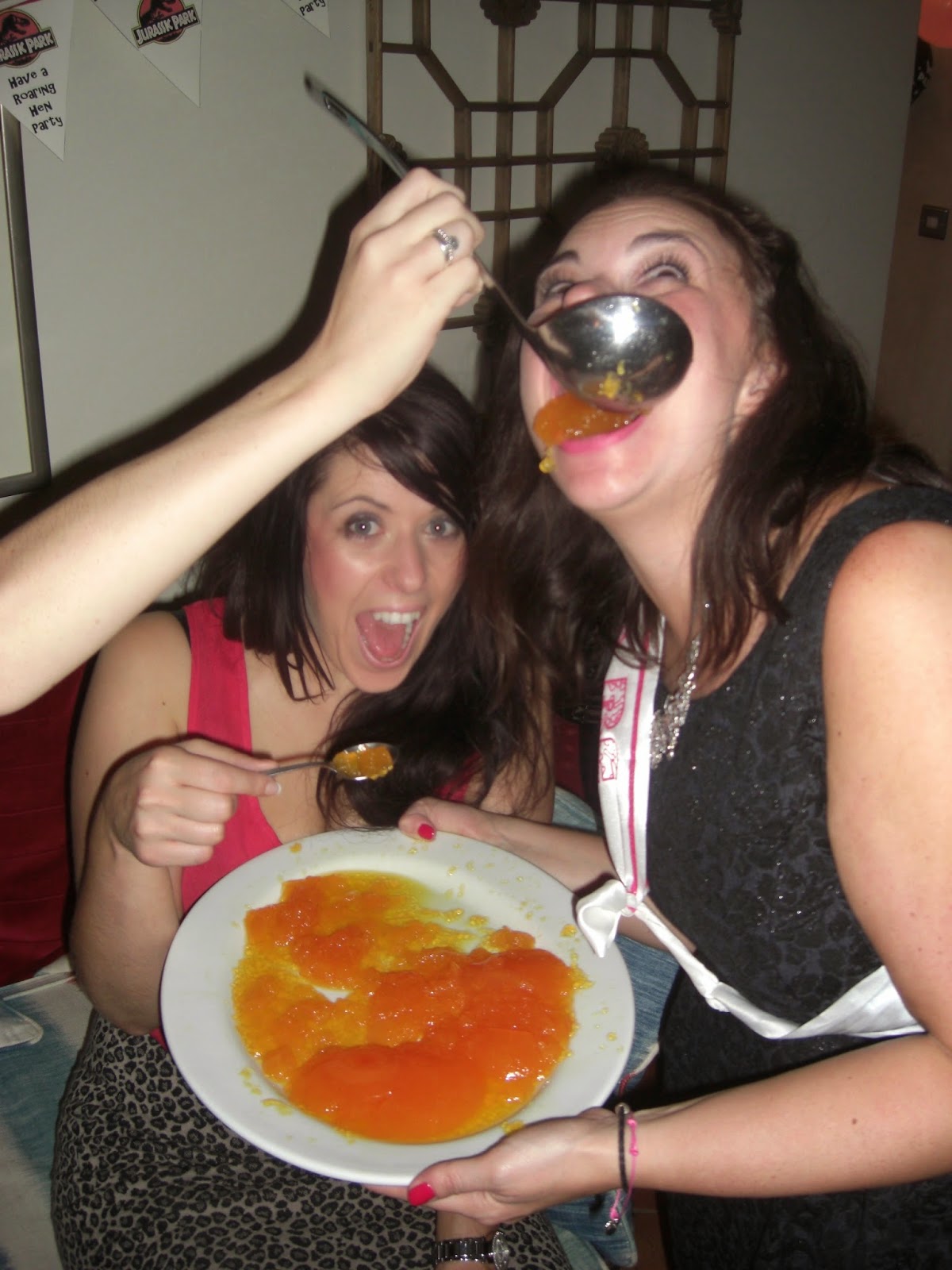 Virtuous me, who doesn't really drink that often (due to a bloody awful skin allergy to alcohol!) thought that the fact I'd laid off the alcohol all weekend would mean that I'd awaken on Sunday feeling spritely and refreshed - instead I felt, well, a bit hung over! No fair!

As it turned out I've come back home with the major lurgies - a lovely dose of tonsillitis! I am feeling blooming ropey to say the least - and am hoping a trip to the doctors this evening will result in some much needed medication to rid me of this bad throat. This is quite a common cycle for me though I have to say - I tend to get ill after busy/trying/exciting times - I am always ill around Christmas, at the start of school holidays etc - I tend to be able to soldier on, and then when the excitement stops, so do I, big style.

What I'm always struck with on my return from a weekend away, night out, or day 'off' from being Mum, is just how important it is for my sanity to just be 'Lucy' again for a while. To not have to worry about when Bert needs his milk, if I've sterilised bottles, and what clothes he has clean. Being able to shower and go to the loo alone, drink endless cups of tea WHILE THEY ARE HOT, and have long chats with your girlfriends without having to amuse a little person at the same time is JUST so important. If you are a Mum and you don't make time for this, then you really must - even if it is just a few hours to wander round town, have a coffee and read a book in peace, you will thank yourself profusely afterwards.

Don't get me wrong, I miss Bert like CRAZY when I'm away from him - and I'm one of those annoying Mum's who needs to text and call at least once a day to ensure all is okay - I get regular photo's sent to my phone as 'proof' that he's doing just fine without me. But I also don't let my missing him ruin or take over my time away. Precious time as a grown up might not come along too often, so I'm definitely always mindful to make the absolute most of it - and boy did we do that this weekend!

Thanks to all the wonderful ladies who I shared the weekend with, and I'm now just even more excited about Danni & Charlie's big day in December! 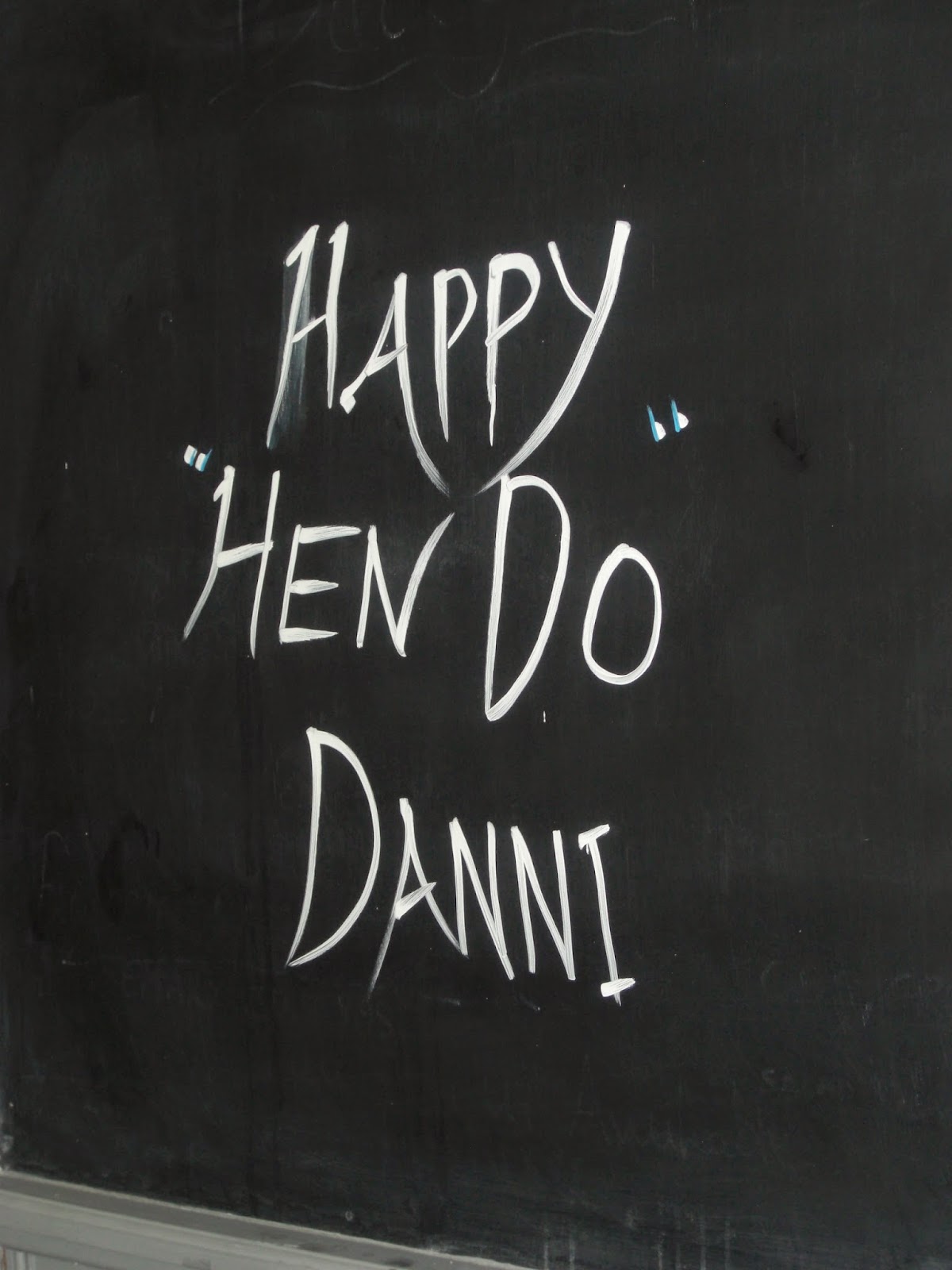